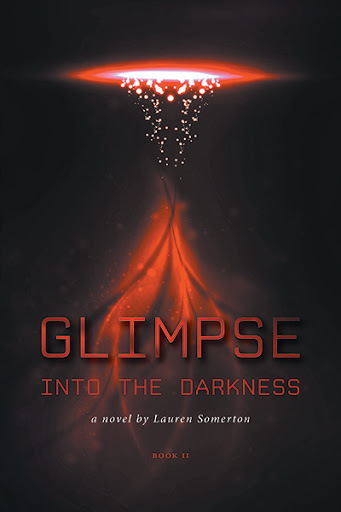 Glimpse Into The Darkness
by Lauren Somerton

It has been a year since the daring rescue almost claimed the lives of Emily Claybourne and her team. After the swift exit of the Jarly, the group is left wondering what lies ahead. The Chosen Ones are invited to visit the Jarly space station to engage in a peace conference, but not all guests have good intensions. When chaos ensues the group must once again put their own lives in danger to protect the ones they love most.

In this fast-paced, action-packed sci-fi sequel to Glimpse, Emily and her team sacrifice their own safety to reveal what lies beyond, as the fate of mankind hangs in the balance. Combining forces, the Jarly and Humans must battle against new enemies, reveal old betrayals, and dive deeper into a universe of secrets, lies, and conspiracies as we are given a Glimpse Into the Darkness. 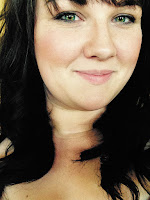 Writing stories has always come easily for Lauren Somerton. Born in Southern England, Lauren grew up in Calgary, Alberta, Canada, where her education included subjects in cultural studies and ancient history. This led to a Bachelors Degree in Anthropology, where her continued studies spurred a love of mythology and conspiracy theories, both of which come through strongly in her writing. Encouraged by her parents to read extensively and coax her creativity through writing, Lauren has used her vivid imagination and quest for answers to bring us a fascinating science fiction adventure filled with conspiracy and intrigue, along with stimulating technical and combat detail. Lauren truly enjoys telling stories, relishing in the idea that people always want to be surprised and excited, captivated and distracted.