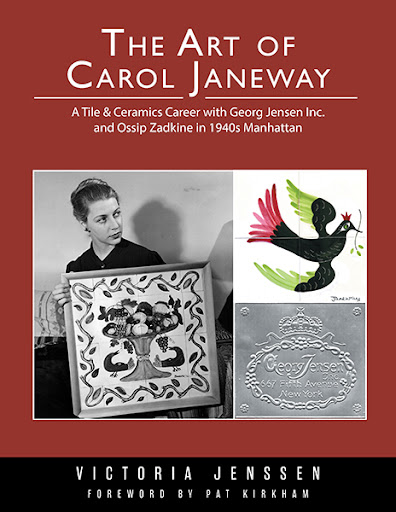 The Art of Carol Janeway
A Tile & Ceramics Career with Georg Jensen Inc. and Ossip Zadkine in 1940s Manhattan
by Victoria Jenssen

The Art of Carol Janeway portrays the exotic life and artistic career of a woman whose commercial success as a tile decorator and ceramist in New York in the 1940s and later retirement due to lead poisoning offer a fascinating study. Victoria Jenssen presents the career of yet another previously unrecognized woman artist, Carol Janeway (1913-1989), who was an entrepreneur and a single mother. While Janeway often exhibited, twice at the MoMA for example, few museums today own Janeway ceramics. 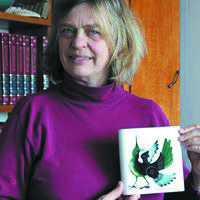 The Art of Carol Janeway will be available in the FriesenPress Bookstore soon.