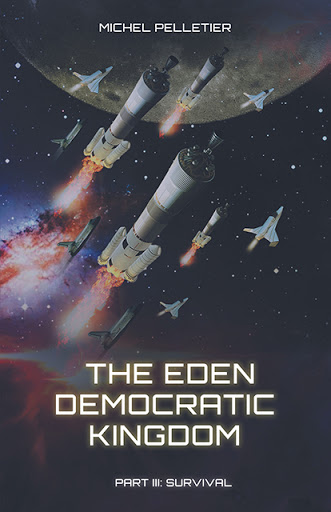 Every man should be a dreamer. Every man has a conception of his ideal world. The Ecology Defence and Environment Nursing (EDEN) brought its author to a blank drawing board. The activist group joined as a nation, survived a nuclear holocaust, and rebuilt the country from the ruins of the planet.

The challenge repeats itself when humankind is forced to flee the doomed solar system from an incoming danger. In various galactic environments, often hostile, will humankind survive? Will men return to warfare measures against one another as the number of colonies multiply on foreign planets? Will the human race maintain common values despite the growing distance between their frontiers? Will they return to a double-faced justice system to match the color of the day?

As foreign civilizations unite, this last volume of The Eden Democratic Kingdom trilogy keeps the door open to another adventure series: The Eden Galactic Confederation. 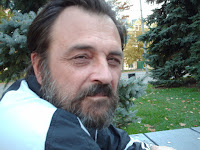 Born in 1953, this French Canadian author comes from Drummondville, QC, Canada. In 1985, he acquired his Bachelor’s degree in human relations. He specialized in social readings of various human organizations; mainly within closed institutions specialized in adult criminology and juvenile delinquency.

Now retired since 2009 from his thirty-five-year career within the Federal Public Services, the author enjoys writing conceptual models of life which may be linked to his professional background.