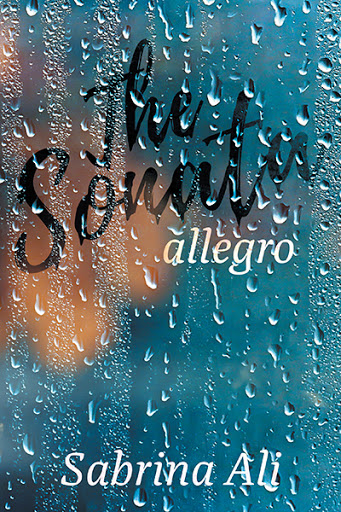 The Sonata
Allegro
by Sabrina Ali

Fate brings people together, and also tears them apart. Can two people survive the tumult of life—family obligations, economic stress, and complicated relationships?

An instant attraction sparks when Sophia and Caleb meet as co-workers at Electronic Playzone, but any hopes of a relationship are already dashed: Caleb, only twenty-four, is working to support his two young daughters and his common-law wife. Meanwhile, Sophia dreams of being a writer and going back to school to become a teacher.

When Caleb and his wife split, he and Sophia begin to grow close… until financial hardship forces Caleb to move across the country to Toronto, and he loses touch with Sophia. In Caleb’s absence, Sophia begins to fall in love with another man, while striving to fulfil her dreams… but neither pursuit is as straightforward as she had hoped.

Told in alternating perspectives, this character-driven story explores Caleb and Sophia’s struggles as they navigate their early adulthood, searching for love, meaning, belonging—and each other.

The Sonata: Allegro is the first book of the three-part Sonata Cycle.

Sabrina Ali is a high-school English teacher who teaches Senior English and Creative Writing. She’s previously written one novel, The Face of Deception, which received the publisher’s Seal Literary Excellence. She lives in Vancouver, B.C., with her daughter and her family.