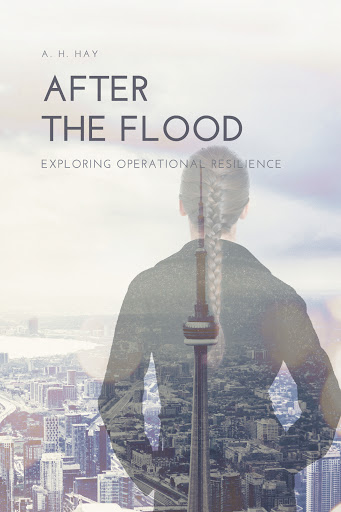 After the Flood
Exploring Operational Resilience
by A. H. Hay

When disaster strikes, the amount of planning done ahead of time will dictate how quickly a system can recover and return to normal. Even the largest and most complex organizations can experience upset and disruption, whether by flood, fire, power failure, earthquake, or anything else that life can throw at us. Resiliency, like any other performance measure, can be designed into businesses, institutions, communities, cities, and even countries. This is a book about implementing that planning before it’s too late, and about learning to pick up and get going after a fall.

Join Marianne as she explores the world of modern infrastructure technology within the context of a job with real threats, exciting opportunities, and throbbing headaches. With her, we learn what resilience means to a city or company, how to assess hazards and plan for continuity, and how effective system design can reduce the impact of disasters. From the basic concepts and terms to how they fit into real systems, After the Flood is a clear and engaging introduction to resilience planning for students, industry practitioners, or anyone interested in infrastructure, business continuity, and emergency and risk management.

“This is a fascinating book setting out the interrelated concepts of risk, hazard, resilience and business continuity planning. These words are often used interchangeably thereby resulting in poor analysis and confused decision making. With the ruthless clarity and logic I have seen him deploy around the world, A. H. Hay has brought precision to the process. And as a consequence his book provides a coherence rarely seen in this critical, but often misunderstood,field. Written in simple terms, with sufficient narrative to keep the reader interested, there is much to commend in this short pithy guide. I found myself testing my own organisation’s resilience procedures against the key tenets of this work. This is a well thought out, focussed and intellectually coherent intervention. I applaud the author for committing to paper that which he has spent so much time delivering in practice.”

“A. H. Hay has produced an unusual and effective textbook on climate change adaptation and resilience. Instead of the usual didactic textbook structure, he has elected to go the route of telling a story in which the protagonist undergoes a voyage of discovery by having to work out for herself just how climate resilience works. Using a device as old as Plato, through a process of dialogue with other characters, she gradually comes to understand how it all works, and the reader learns alongside her. I would recommend this text to any student of climate adaptation and resilience as an accessible but thorough examination of the topic.”

Chair of the Climate Action Group,

“After the Flood is a unique and useful primer on personal, community, and enterprise resilience. The author, A. H. Hay, has managed to pack substantial insight into one short, easy-to-read volume. The book takes on story form as it portrays a young protagonist, Marianne who moves back to her home town of Toronto after living and working in various US cities. Ironically, her brother’s casual introductions to the topic of resilience pique her interest and provide precisely the right references and mentors to prepare her for an unexpected first assignment by her new employer, an international architecture firm. The reader accompanies Marianne as she re-familiarizes herself with the local food scene while exploring the emergent Toronto resilience community and, most importantly, unraveling the social/business landscape within MTW. Ultimately, this progression delivers something of a resilience transformation for her new firm – along with a reading list for further research by the reader.

The story line systematically guides the subject (and the reader) through an introduction to resilience principles, current efforts, important references, and useful techniques. Whereas a typical textbook might organize these elements dryly into instructions and tables, Hay’s story frames them within a context of realism. Moreover, the experiential setting adds more than just human interest; it also serves subtly to interject the important sense that resilience is grounded within individual capabilities and attitudes, and that it is effective in our everyday lives. As we begin to think in more constructively resilient ways, our minds naturally inquire into such previously mundane issues as the value of bicycle lanes, and access to community recreation and local food stores. Pondering contemporary urban development patterns, one naturally wonders how 48th-story apartment dwellers would weather a power failure that might disable elevators and water pumps. More typical textbook discourse could not so effectively expose the rich interactions among seemingly small factors such as rest, good coffee and interpersonal dynamics on the cognitive and social processes which critically underlie resilience.

Despite its story-telling style, After the Flood presents substantial and useful information for resilience practitioners. While readers certainly can enjoy experiencing local dining spots with Marianne, they also follow her structured and logical progression of learning, research, analysis and negotiation which lead to a comprehensive and workable corporate resilience plan. Moreover, the narrative serves to highlight key points which often are missing from more simply-structured resilience works, such as: the importance of grass-roots participation; focus on outcomes rather resistance to change; and vulnerabilities associated with excessive centralization and dependencies.

This book is well-suited for burgeoning resilience practitioners, whether in an academic environment or for those already in the “real world” who seek a better sense of how they might contribute. Because resilience belongs to the entire community, it is important for such information to be made accessible to a broad audience. A “once-through” can equip the reader with a good working knowledge, but the book then belongs on the reference shelf, as it provides something of a practitioner’s guide, and the endnotes and references provide plenty of fodder for future research.” 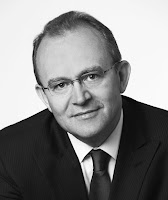 A.H. Hay is an adjunct professor at the University of Toronto, where he researches and teaches in infrastructure and operational resilience planning. He is also a member of the Register of Security Engineers & Specialists, director of the Rethink Sustainability Initiative, and a principal at Southern Harbour, an infrastructure risk, resilience, and protection planning consultancy firm. He is the author of Operational Survival: Putting Resilience at the Core of Infrastructure Planning published by the Explora Foundation, and several prize-winning academic papers.

He lives with his wife and three children in Toronto, where he enjoys exploring the city’s vibrant restaurant and entertainment scene.