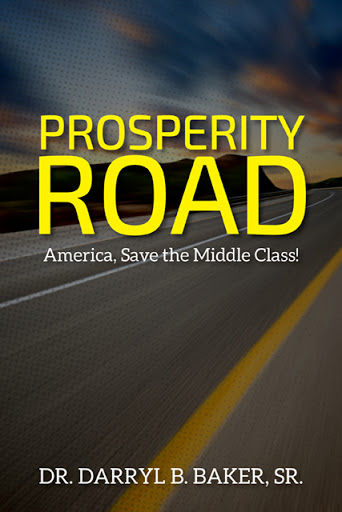 Prosperity Road
America, Save the Middle Class!
by Dr. Darryl B. Baker, Sr.

Somewhere along the way, the great nation of America has gone off track. In Prosperity Road: America, Save the Middle Class! Dr. Darryl Baker describes how we are being led down the economic pathway in a direction that’s contrary to the voice of the people.

This book will take you on an exciting journey through history to examine the effects of globalization and explore its modern-day trajectory. An informative, carefully researched guide to understanding why America’s economy is suffering, it is also a plea to not abandon hope while there are still solutions and changes to be made.

By learning the ins and outs of five important American values— Jobs, taxation, trade agreements, putting America first, and the voice of the people—you will be in a better position to do your part to bring this country back to prosperity.

Dr. Baker offers a sustainable economic plan for our current and future civilizations, providing suggestions that would allow globalization to coexist with our nation’s need to ensure that jobs and scarce resources are available to the populace. 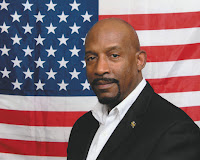 DR. DARRYL BAKER is an Adjunct Professor of Economics at the University of Phoenix in San Diego, California. Darryl also taught Economics and a host of other subjects at California College San Diego (CCSD) and has taught at several Baker College campuses in Michigan. He has enjoyed a lengthy and stellar career at General Motors Corporation and has ascended to numerous leadership positions within the UAW rank-and-file. The final nine years of a General Motors career occurred at the UAW-GM Center for Human Resources as an international representative.

Dr. Darryl Baker’s introduction to civil rights began at an early age by participating with his father and siblings in the historic Great March on Detroit, when Dr. Martin Luther King Jr., first delivered what later become known as the “I Have A Dream” speech.

Dr. Darryl Baker’s nonacademic work experiences included attaining a series seven stockbroker’s license and owning a stock brokerage firm for twelve years. Dr. Baker has held leadership positions in a host of labor and civic organizations that included the UAW, NAACP, and served as president of a branch office of the National Association of Black Accountants (NABA). Furthermore, Dr. Baker has attained various community awards and diligently fought to protect jobs and preserve the civil rights of others.

Darryl has appeared on many local and national television and radio shows, including Ted Koppel’s Nightline (ABC) and Lou Dobbs’ televised show, to discuss labor issues and economics. An appearance was also made on the BBC America broadcast and CNBC national televised money show broadcast. He was a guest speaker at the 89th Annual NAACP Convention in Atlanta, GA, where he spoke on the economic impact to U.S. economy from the UAW-General Motors auto strike.

Dr. Baker published a doctoral dissertation about Life After Job Loss for Former Employees in Flint, Michigan, and authored a weekly financial strategies column in a Flint, Michigan newspaper.