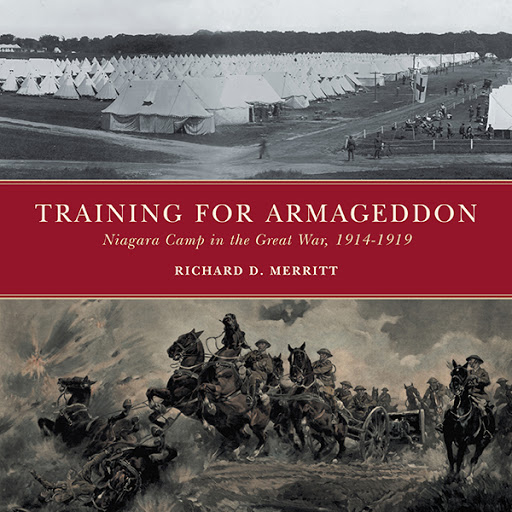 Training For Armageddon
Niagara Camp in the Great War, 1914-1919
by Richard D. Merritt

Over the past 225 years the oak savannah at the mouth of the Niagara River -- designated as a Military Reserve but regarded by the local citizenry as their common lands-- has witnessed a broad spectrum of military, political and cultural happenings. Perhaps most compelling is the story of Niagara Camp, established in the 1870s on the Reserve as the summer camp for Military District #2. By the eve of the Great War this District that encompassed most of central Ontario from Niagara to Sault St. Marie including Toronto, Hamilton and St. Catharines, was the most populous and patriotic District in all of Canada. Niagara Camp and the training that went on within it endeavoured to prepare over 50,000 young men for the Overseas Canadian Expeditionary Force; however, the Camp's vigorous daily routines, comprehensive instruction and discipline could not ready them for the horrors of the Western Front and ...Armageddon. Many never returned. In 1917 Niagara Camp also became the unique training centre for 22,000 Polish Army volunteers, American and Canadian boys eager to fight for a distant land many had never set foot on. The horrific Spanish Flu Pandemic soon followed with dire consequences for the soldiers and their volunteer caregivers. Niagara was also a training camp for Canada's ill-fated and little-known Siberian Expedition.

Remarkable sagas are recounted of some of the Camp's veterans.

On the centennial of the Great War this in-depth recognition of the brave young volunteers during their preparation for war is long overdue. 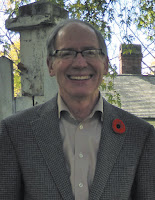 Although now a retired ophthalmologist, Richard D. Merritt continues to pursue his lifelong interests in both the rich heritage of the Niagara area and military history. He is author of the acclaimed, "ON COMMON GROUND: The Ongoing Story of the Commons in Niagara-on-the-Lake", published in 2012. He has been named both "Volunteer of the Year" (2009) and "Citizen of the Year" (2012) for his leadership in heritage preservation in Niagara-on-the-Lake, Ontario.