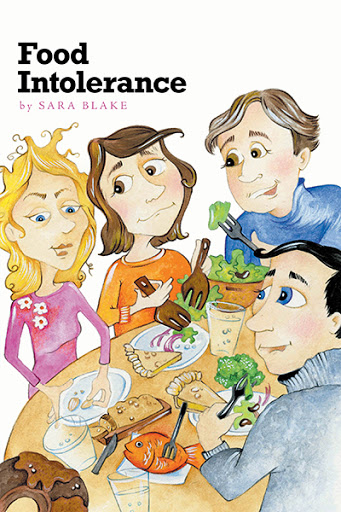 If you suffer from frequent bouts of diarrhea, or have been diagnosed with Irritable Bowel Syndrome (IBS) or Leaky Gut Syndrome, then this informative book may help you. Having endured dietary problems for many years, Sara Blake wondered if she would ever reach the point of solving these issues sufficiently to stabilize her health. She experimented on herself, supplemented by research on the internet — mostly government and academic websites — and she relied on medical testing to rule out any other causes of her problems. Having finally reached a point where she can now manage her difficulties, she has written this book in the hope of helping others to combat the daily strain that these symptoms place on their lives.

If your digestive system does not work and a medical diagnosis suggests that there is nothing wrong with you; if you have been diagnosed with IBS or Leaky Gut Syndrome; if you suffer from diarrhea, but your doctor has ruled out cancer, inflammatory bowel disease (IBD: Colitis and Crohn’s disease) and celiac disease; if food makes you sick and you cannot tolerate foods that others can digest easily; or if you have inadequate stomach acid, bile or digestive enzymes, then Food Intolerance will help you discover what foods you can eat so as to reduce the unpleasant symptoms and ease your daily life.

Food Intolerance is dedicated to those who need help with their dietary issues in order that they too, can stabilize their health.

Sara Blake has lost the ability to digest 95% of the foods that are typically eaten by other people, but she has managed to keep herself alive and is now healthy. Her food intolerance developed gradually over many years. Each time she began to experience symptoms, she engaged in problem-solving techniques to identify the cause and to revise her diet to avoid it. She discovered that there is very little reliable information available from the medical profession or from the internet, primarily because the processes of a living digestive system are poorly understood. In this book she shares everything she has figured out about how to live with food intolerance. As Sara worked through her dietary issues, she found them to be so complex that she had to write them down in order to identify problems and solutions. Having realized that she would not solve each issue by herself, she decided to publish her work in order to get feedback from others who suffer from similar problems. While her short-term goal is to help others who suffer from similar problems, the long-term goal is to encourage scientists to study the functioning and dysfunctioning of the living digestive system. One of the challenges she faced while writing this book was wondering if she would ever reach the point of solving her dietary issues sufficiently to stabilize her health, which would then enable her to say that she had gone as far as she could go without input from others. Sara believes that she has now reached that point.