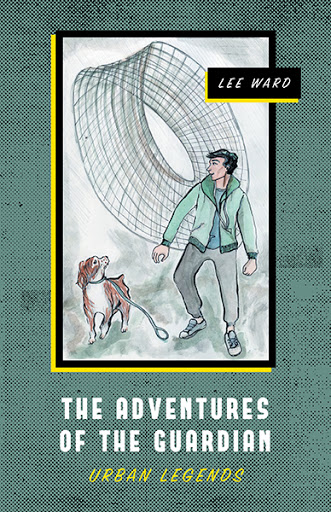 The Adventures of The Guardian
Urban Legends by Lee Ward

What happens when your typical teenager suddenly discovers he has superpowers?

Kevin Rigby has long heard about the Braxton UFO Incident, after all, he’s never lived anywhere but Braxton. But he had never given the purported incident more thought than he had other local urban legends—until, that is he discovers he is undergoing some unexplainable changes after a class field trip to Eureka Industries. Realizing he suddenly possesses remarkable powers, he decides to apply his new skills by becoming a superhero known as The Guardian. However, he soon learns that being a superhero isn't like it appears in the comics. People need rescuing, criminals target you, cats get stuck in trees, your friends get kidnapped, and you fall asleep in class. As Kevin finds himself confronting mysterious disappearances, a string of arsons, and a real-life super villain known as the Dragon, he must balance the humdrum problems of an average teenager while keeping his powers and identity a secret from his friends and family.

Can Kevin save his friends, stop the Dragon, and keep Braxton from burning?

LEE WARD has always enjoyed books, especially stories about heroes or, even better, superheroes, of which there clearly is a shortage! When not writing, he enjoys reading—including indulging his passion for science fiction and comic books, as well as all things scientific and historical. And when not reading or writing, he can be found watching movies and hanging out with his pets.He lives in Denare Beach, Saskatchewan.