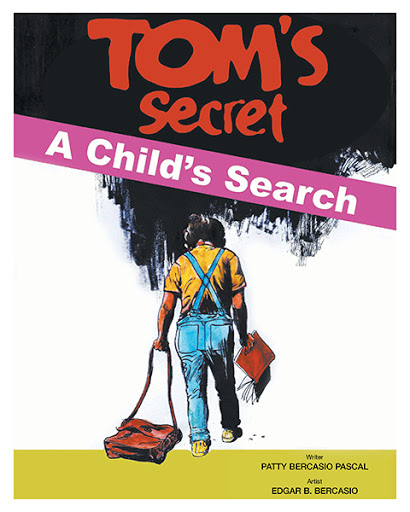 The pain of secretly enduring endless trauma is explored in this hard-hitting story of a young boy who suffered the crushing consequences of bullying, struggled through it, and survived. Like many children his age, Tom was subjected to endless harassment and could not find meaningful help. He was sick of life and himself, but his dilemma had really nothing to do with him. Tom's story is fascinating because despite all the hardships, the resilience of the human spirit withstood the test and eventually triumphed. Who is more culpable, himself, his family, or the system that allows bullying to flourish?

How the problem developed, surfaced, and was ultimately resolved will take readers to a journey every parent and school system should be aware of. Tom's redemption and his parents' awakening add drama to this very timely and thought-provoking issue.

"Patty's deep commitment to helping children comes through with this excellent depiction of the grief young people experience from relentless bullying. Hopefully, people who read and digest the exceptional drawings will understand that we all have to do more to protect those who are bullied." -Jane Thornthwaite, MLA, North Vancouver-Seymour, BC "

"In today's society, the prevalence of bullying is one of the most pressing issues facing our youth.This book touches on important matters surrounding bullying and illustrates how it affects children and their families. I commend this powerful and educational story which serves as an inspiration of hope for future generations." -Mayor Malcolm Brodie, Richmond, BC

"Being a victim of bullying can be a devastating life experience, especially for a young child.The author brings her knowledge and empathy of this tragic issue alive in this wonderful illustrated story." -Tony Carrigan, Retired District Administrator, Multiculturalism & ELL, Sch. District #38.

"Patty is a voice for those unheard and silent victims. We will always appreciate this great contribution to prevent bullying." -Emilie Liu, Parent, Vancouver, BC

Patty Bercasio Pascal came to Canada in 1974 as a landed immigrant, Foremost in her mind was to sponsor her family and pursue her studies. She received her B.A. in English Literature from the University of British Columbia, Vancouver, Counselling Citation from Kwantlen Polytechnic College in Surrey, and Legal Secretarial Certificate from Duffus College, New Westminster. She taught professional development courses at Clayton Heights Secondary (night school) prior to accepting a post in Ko-chang, Kyongnam, South Korea as English instructor. She worked in various ethnic settings while employed as cultural interpreter & settlement worker in schools. Patty is a passionate advocate for cultural diversity and believes in the power of volunteerism. Her efforts have been recognized through multiple awards in multiculturalism.

Patty formed a non-profit organization in 1998 called, "Bicol Circle," which promoted leadership, communication skills, and visual and performing arts among youth. A few years after, she published her own magazine (Glean, Voice of Diversity) and self-published her first book, "My Journey: An Immigrant's Story of Survival."