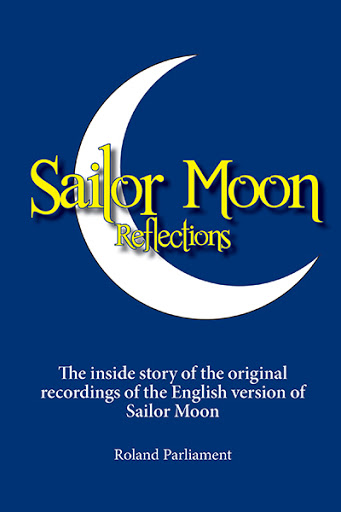 The work of a voice artist isn't necessarily what it may seem to the viewer or listener. It is a craft that is learned through intense study and practice. The cast of Sailor Moon were paragons of this art form and reveal their techniques in accomplishing their roles in this book. This is the inside story of the English recording of Sailor Moon and will make the reader aware of the arduous work that actually took place to achieve this groundbreaking series that still receives continuing adoration. Anyone with an ambition to be a voice actor, or any fan of the series should read this book. It will open your eyes to a career that is exciting, fun and ultimately rewarding. It was written by Roland Parliament, the director of 65 episodes of Sailor Moon who was there every long day of the recording process. His observations will enlighten you to the very tough work the actors went through to bring to life a program that would become such a highly successful and entertaining series.

Roland was an award-winning graduate of the Radio and Television Arts program at Ryerson University, Toronto, in 1971.

Today, he teaches an advertising course at the Harris Institute for the Arts in Toronto.

He was also nominated “Educator of the Year” at Niagara College, Welland, Ontario, in 2009. In addition to Niagara, over the past 22 years, he has been a dialects and voice acting teacher at Ryerson University and Humber College, Toronto, and a guest lecturer at the University of Toronto.

Roland has voiced thousands of commercials, and has composed and produced no fewer than 300 jingles. His company, Wizard Productions Inc., has won 75+ international awards for its work. Additionally, he has directed and acted in several animation projects.

He lives with his two best friends, Justice the Norwegian Buhund dog, and Ben, the very old cat.

Roland would like this book to mean something to you — be it fond past memories of a younger time, the empowerment of women in animation and in life, or just to inform you about the real world of voice acting.

His mantra is, “Follow your dreams — you never know where they may lead you.”