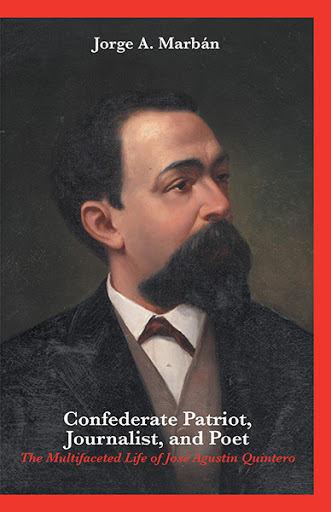 Confederate Patriot, Journalist, and Poet:
The Multifaceted Life of José Agustín Quintero
by Jorge A. Marbán

José Agustín Quintero (1829-1885) was a Cuban American from New Orleans, Louisiana who skillfully and energetically represented the Confederacy in northeastern Mexico during the Civil War. This dynamic multilingual leader helped coordinate the defensive plans necessary to protect the Texas border and insure the procurement of war material and provisions vital to the Southern Army. He is a relatively unknown but fascinating figure in many ways: a native of Cuba who participated in his country’s struggle for independence against Spain, an outstanding writer of Cuban patriotic poetry, and an American who was highly respected and recognized for his legal and journalistic accomplishments, as well as his significant diplomatic contributions to the Southern Cause. This is the story of a man of extraordinary culture, an extremely intelligent, capable, and determined immigrant who believed passionately in a cause and dedicated much of his short life to it. 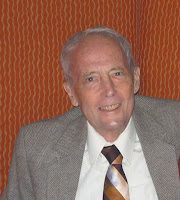 Jorge A. Marbán (1935-2011), Distinguished Professor Emeritus of Spanish and Italian at the College of Charleston in South Carolina, dedicated most of his life to the study and teaching of the language, literature, and culture of the Hispanic world. He published four books and numerous articles throughout his long career. A Cuban American himself, Professor Marbán previously published a book in Spanish that emphasized Quintero’s literary work. After pursuing further research, he completed this book that focuses on Quintero’s captivating life and times in Cuba, Mexico, and the American South.