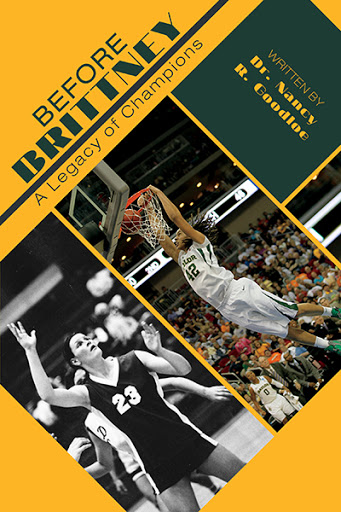 Before Brittney
A Legacy of Champions
by Dr. Nancy R. Goodloe

It’s also about the champions in women’s intercollegiate athletics whose struggles to attain national recognition and implement national championships for women endured from the 1930s through the 1970s. These champions fought hard to retain the early values of sport for women and provided strong leadership through the AIAW until the day they lost their battle with the NCAA for control of women’s intercollegiate athletics.

Through the lenses of those who were there (including the author), those who played, those who advocated for women’s equity, and those who made it happen, these questions are answered in this book. For the first time the story is told of the Baylor women’s sports program and its rise to national prominence.

As an undergraduate, she was a Baylor Bearette, participating on the basketball, track and field, badminton, and golf teams. From 1969–1976 she split her time between coaching Bearettes in volleyball, track and field, and badminton, assisting Olga Fallen, Women’s Athletic Coordinator, and teaching in the Department of Health, Physical Education and Recreation. In the mid-seventies, she brought athletic training services to Baylor’s female athletes and trained the first two female athletic trainers at Baylor University.

During her 31-year tenure on the Baylor faculty, Nancy also served as a member of the Women’s Athletic Cabinet and the Faculty Athletic Council.

Dr. Goodloe lives in Ellensburg, Washington where she is active as a community volunteer.