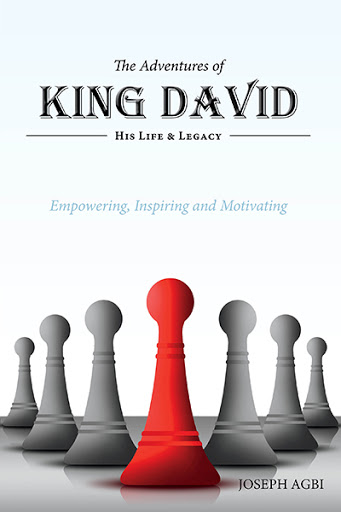 This book is a detailed account of the life of king David. It vividly narrates his life and helps you to understand the spiritual strength he gathered as he grew in obedience and faith under the watchful eyes of the Almighty. As a young shepherd, he killed a lion and a bear thereby saving his sheep. Also, David watched by cowardly men, defeated Goliath the Philistine giant, setting the stage for his greatness. King Saul, David’s predecessor, was not pleased with David’s successes and determined to exterminate the young wise man to prevent him from tasting royalty and the glories of kingship. Together with a band of faithful men, David under divine guidance overcame all obstacles he faced. Thereafter, king David, backed by a committed military built a successful kingdom continued by his son king Solomon. David’s resolute faith and strong passion for God earned him the eternal reward of being the progenitor of Christ. The intricacies of victory, the agonies of defeat, his love life, the luring power of sin, the rebellion from his own household and betrayal by friends makes his story compelling for everyone to understand. You will certainly be motivated to aim for higher goals after reading this book.

Joseph Agbi is a gifted Teacher of God’s Word. He is the Founder and Senior Pastor of Christ Our Wisdom and Power Pentecostal Missions. Pastor Agbi is passionate about reaching the world with the gospel of Jesus Christ and does so online through the Ministry’s website at www.christwisdom.org.

Other books by the author include:

Pastor Agbi is deeply involved in Theology studies. He holds a Bachelors of Civil Engineering degree, an BA and a Masters degree in Structural Engineering from the University of Alberta, Canada. Joseph Agbi is a professional engineer who works as an engineering consultant and has handled various projects in North America. He is married to Esther, a practicing Pharmacist in Alberta and they are blessed with two children, Deborah and David.