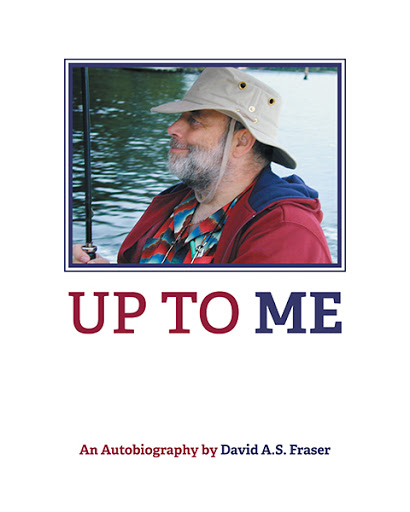 Up To Me
An Autobiography
by David A. S. Fraser

Here is a spellbinding autobiography by a Canadian author who has gone through a multitude of frank yet honest experiences that would qualify his lifetimes to rival at least half a cat’s allotment of nine.

How does one experience at least six major concussions without any of them being sports related?

What’s it like to be the only Protestant principal of a more than one room Roman Catholic school in the province for three years and loving every day of it?

During the times of trial in Ontario and Quebec with the terrorist bombings and kidnappings by the FLQ (Front de Liberation de Quebec ) how did this intrepid officer in Her Majesty’s Service more or less, almost, foil an attack upon an active military base?

How does one of Santa’s major helpers remember all the children’s names for more than ten years?

What’s it like painting the underside of the centre-span of a suspension bridge across a mile of the St. Lawrence River?

What’s it like spending a total of two and a half years’ time over a period of twenty years in psychiatric wards across the province and coming out better for the experience?