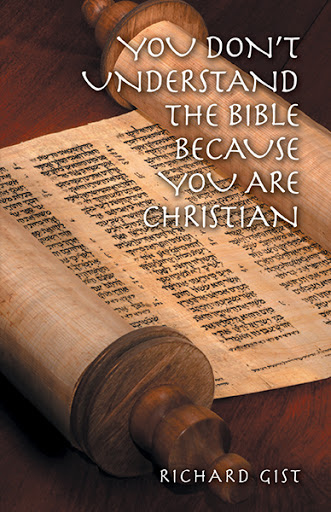 By the early second century the Christian Church was predominantly

Gentile, having separated from its Jewish roots and base. It lost most all understanding of Jewish culture. Very few in the church could read Hebrew, and as significantly, its Scriptures were in Greek, which contributed to its growing ignorance of the intricacies of Jewish word play. They could not and did not retain the richness, the interconnectedness, and the brilliance of the Hebrew writing, and thereby misinterpreted much of what they cherished. Today, many, if not most, Christians also lack the basic knowhow needed to adequately appreciate our Jewish-written Scriptures. This little 150 page book will not heal what ails us, but in a light, sometimes fun, other times serious way, it will help, and that is needed. It may even erase a few of the lines that separate our two great communities–Jewish and Christian–and remind us of our shared humanity and Faith.

Creative, insightful, humorous, sensitive, challenging, thought provoking . . . . What other words are used to describe this book and its author? See pages iv and v.

Advance praise for You don’t understand the Bible because you are Christian.

Richard Gist’s latest book is a creative hop, skip, and jump through the Bible wherein he treats subjects both minor and serious with a blend of insight and humor. The author occasionally skates on the thin ice of heterodoxy, but his writing is embued by a sense of passion and sensitivity. He correctly points out that all too often the ideological shackles of “religion,” doctrine,” and credalism,” make stillborn the emergence of a personal and lively faith.

Gist has an extensive understanding of God as Creator whose dynamic and sustaining power permeates all earthly creation (he is a bit traumatized by lobsters imprisoned in their tanks before being plunged into boiling water), and as such, his theology is in harmony with much environmental thinking today.

A recommendation: read Gist’s epilogue first to understand the author’s existential and contemporary “Damascus Road” experience, for it is out of that context that he writes.

Richard Gist says he likes to offer people "something to chew on."  He wants to encourage thinking, which he believes to be "too uncommon within the Church."  His book succeeds admirably in provoking thought. With a light touch and keen mind, Gist offers rich background on the Bible and on specific biblical texts. One does not have to agree with everything he writes to appreciate his efforts and insights. The book may not be for everyone. If you don't want to ask questions about the Bible, be challenged to think, or laugh occasionally, leave this book on the shelf.

Richard (Dick) Gist lives with his wife Norma in the small town of Princeton, Minnesota. He retired from the active ministry in 1997, and since then has added to his credentials through research and study, discovering more time for growth than was possible under the demands of serving churches. He has a B.A. with a major in religion from Westmar College in Le Mars, Iowa; a Masters of Divinity from United Theological Seminary in Dayton, Ohio, and a Masters in English Literature from the University of Minnesota. He also is a certified Gestalt therapist. Although his respect for, and love of, Scripture has grown over the years, he believes religion too often gets in the way of the spiritual journey. He hopes he reflects this positively in his preaching, speaking, and teaching. Always a writer in various media, he recently has published two books: With a Yes and a Yippee (2012, a memoir “of sorts”); and Ayshus on the Inside, (2013), a children’s book.