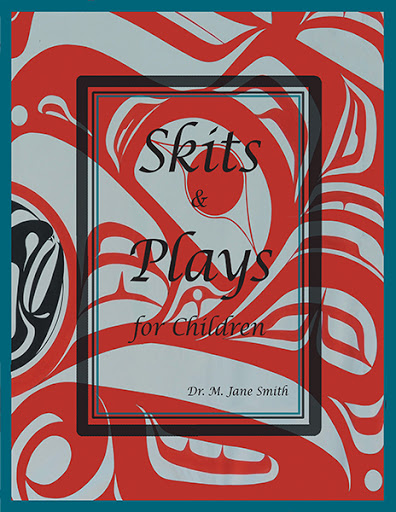 Skits and Plays For Children
An anecdotal look at Wiigyat’s character by Dr. M. Jane Smith

Skits and Plays for Children raises the curtain on the infamous Gitxsan Trickster named Wiigyat. Most of the plays feature the Trickster. His antics provide important lessons for the children who have been involved or watched the plays. The Wiigyat traditional stories are popular because the intent of Wiigyat is usually serious but ends up tragic, or as in these children’s skits and plays, very amusing, and in most cases the consequences are serendipitous. The stories combine mischief with creativity, involving the listener as the trickster or the victim.

The Wiigyat stories teach lessons about the risks of being inexperienced in the ways of the world. It is important to be disciplined and learn the skills so one can be independent. Within the layers of the lessons, Wiigyat stories stress the values of co-operation, the wisdom of looking at problems from different perspectives and emphasize the importance of being satisfied with the role that each one of us is given in a life time.

The cover was designed by Ken N. Mowatt, Gitxsan Artist. The motif is Gitxsan design to augment the theme of the book. It shows a dance screen in the background and the inset is for the stage that calls for the Plays & Skits for Children to begin.

About the illustrations for the play, Wiigyat and Van Gogh

Sarah Nicole Swift was born September 21, 2006. She resides in the Gitxsan Territories.

Drawing, drama and singing are her passions at this time in her life.