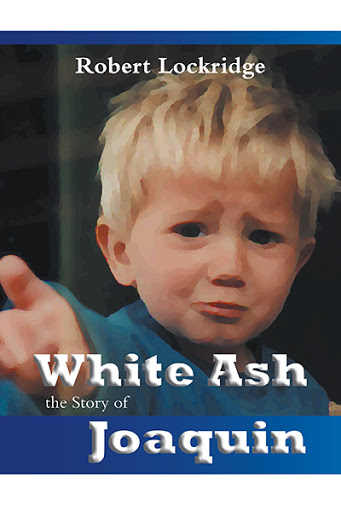 White Ash
the Story of Joaquin
by Robert Lockridge

A tale built around truth, well seasoned with fiction, in the era from 1929 to 2004, about a man named Jack who was born on a small ranch in the desert canyon country of the southwest to Anglo parents with the light of their dream on the horizon in their eyes. He became orphaned at the age of nine months with no public record of his birth. He was discovered in the desert and raised by illegal Mexicans, (wetbacks, a loose term of the era), and thus was renamed Joaquin. It is about the people that he encounters, both directly and indirectly, which shape the conditions of his life from his birth through his days as a Vaquero out on the wagon (a base camp used by cowboys to facilitate open range grazing) in the Great Basin, until he reaches an age where he and his buckaroo skills are no longer considered of any value. Unbeknownst to him, he goes full circle back to his beginning in the canyons of the desert of the southwest and there meets his mysterious end. It is a tale of love, life, death, and superstition.

"Robert has captured the magic of story-telling in his yarn of love and romance, strength and weakness in the open space of the high desert. A witchery of work at times that seems to have passed and moved on faster that a dream and yet has not disappeared.

Through its magic of a different kind, with mirages on the far horizon playing tricks with your eyes, it sweeps the mind away to new and different places that some will know all too well. If you will allow yourself to become a part of Robert Lockridge's "Joaquin," you too may come to know the bewilderment of complete abandonment. Thank you Robert for giving me the opportunity to read your manuscript." - K.R. Stubblefield, reader, collector and keeper of literary works

"A must read, a gripping story of the human condition where the characters come alive."

"An account of antiquity, a story of the ancient cycle of life, from birth to old age. a true adventure." - Mac Freestone

"There was not frivolity or laughter in Joaquin. Instead the somberness and gravity that comes from a life that has been long and uncertain, yet a goal attained. The fulfillment of destiny." - Judy Danborne, an avid reader 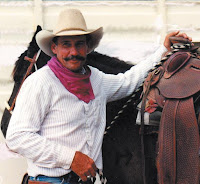 Robert Lockridge was born in 1943 and has a life time experience as a buckaroo, cattle grower, rancher, hunting guide/packer, song-smith /musician, craftsman and author of short stories. This is his first full length novel. He lives in Colorado with his wife and their son.