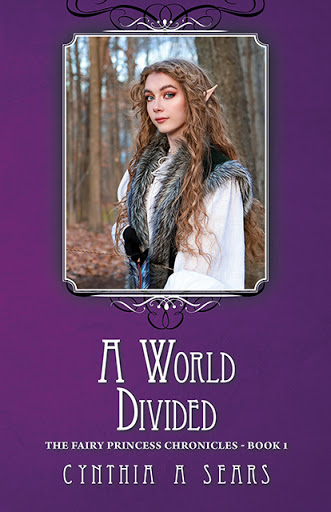 Elizabeth’s sixteenth birthday was fast approaching and for the daughter of the King and Queen of Elnara, kingdom of the fairies and elves, that meant that she would have to attempt the magical transformation that would change her from Lady Elizabeth into Princess Elizabeth, the Fairy Princess of Elnara and the most powerful fairy alive. As if that isn’t enough, Elizabeth discovers she is expected to select her future husband, the future king of Elnara, from amongst the eligible young lords attending her birthday celebration.

During the celebration, she meets Lord Edric, from remote Castle North, who has more on his mind then just meeting the enchanting Fairy Princess. Put off at first by his casual, unorthodox personality, Elizabeth finds herself drawn to the charming, handsome Lord Edric.

The pair is soon plunged into a mystery that will take them over the great mountains to the north and beyond, braving deadly dragons and more. Nevertheless, they must find the answers they seek no matter what the risk, or the Fairy race will be doomed to extinction.

Cynthia Sears lives in West Springfield, Massachusetts with her husband Kevin, who can do anything, and her daughter Elizabeth, who makes every day special. She enjoys hiking, music, dancing and the change of the seasons. Her family motto is, “If it’s plaid, it can’t be bad.”