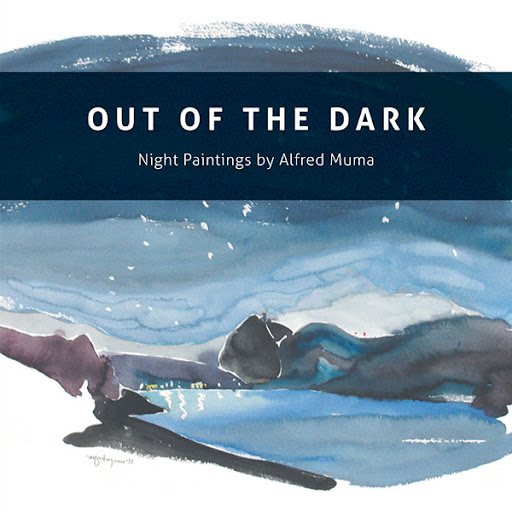 OUT OF THE DARK captures the colourful interplay and beauty of the night-time colours seen in Alfred Muma’s paintings. Since Alfred’s first night painting experience on Rock Lake, Algonquin Park as a teen, he has found inspiration and delight in the lights, colours and forms of the world he sees by night.

“Alfred Muma’s painted and print works celebrate and witness man’s presence in the Pacific West Coast landscape of British Columbia. He exploits direct means that are characteristic of the various painting and printmaking media to yield images of remarkable fluidity and atmosphere.”

“You know a Muma painting when you see one. I’d call his work expressive realism.”

Alfred Muma was born in Toronto, Canada in 1953. On visits to the Ontario Art Gallery he was intrigued by the night sketches done by Tom Thomson in Algonquin Park. During the summer of 1972, he had the opportunity to try night painting for himself on Rock Lake, in the park. Alfred studied painting under Canadian artist Alex Millar at Seneca College, King Campus, graduating with honours in 1975. In 1976 Alfred married and the following year moved to a renovated country schoolhouse near Bancroft, Ontario. There he established Trout Lake Schoolhouse Studio. Seven years later, Alfred and his wife relocated to the Queen Charlotte Islands, BC, now known as Haida Gwaii, where he ran Among Friends Studio and Gallery for twelve years. Since 1997 Alfred has lived in Powell River on the Sunshine Coast (north of Vancouver) where he has his studio. Since 1975, Alfred has exhibited in 42 solo exhibitions and taken part in over 80 group shows. His work can be found in private and corporate collections in Canada and abroad.

Out of the Dark has been nominated by our staff as one of their favorite books.