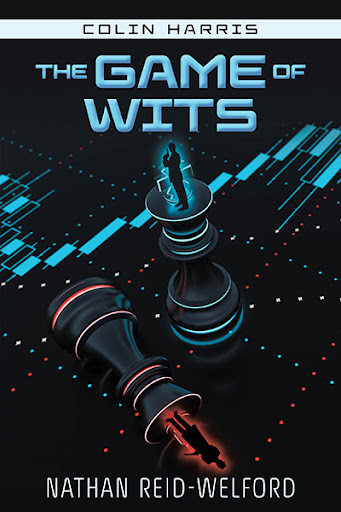 The Game of Wits
by Nathan Reid-Welford

It was a game where the first move had been made before a key player had even been born. A game that the opponents did not even realize they were participating in. A game that stretched the mind with its complexity and duration, and rewarded the winner with power, the success of their perseverance, and the serenity of a job well done. A game of wits won by vision, dedication, and a strong will to remain vigilant.

A REBELLIOUS AND RECKLESS young adult, Colin Harris has no purpose or vision for life, except the trouble he causes with his closeknit brotherhood of friends. But when Colin steals a rival’s car and winds up in jail, it seems his reckless attitude has gone too far. Determined not to allow his son to end up a criminal and get him on the right track, Colin’s wealthy but distant father enrolls him in the secluded and prestigious Clearview Academy. Defiant and evasive to this change in lifestyle, Colin is equally determined not to allow an institution to tame him. However, during his stay, Colin becomes acquainted with others just like him, and he begins to feel the positive impact of the academy’s influence. But as time goes on and his curiosity grows, he feels he is being watched and tested, not just taught. Colin soon learns that Clearview Academy is much more than an esteemed academic institution for troubled teens, and that his transformation is not only about becoming a better student or functioning member of society. As Colin becomes immersed in his new understanding of the place, he prepares to embark on a journey of growth and self-discovery, one that may give his life purpose, unlock his potential, and maybe—even save the world. 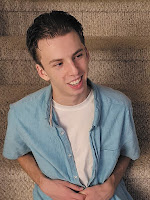 Nathan Reid-Welford can’t remember a time when he didn’t love to read books and write his own stories—he wrote and illustrated his first picture book about pirates when he was in kindergarten (ensuring his future was not in art).

Raised in Keswick, Ontario, he is studying English - Writing and Business - Marketing at Redeemer University in Ancaster, on the outskirts of Hamilton.

Nathan is also a musician and songwriter, playing drums and guitar, and he enjoys cross country running.

Having been influenced by the spy/action genre of books and films, he was inspired to pen his first novel Colin Harris: The Game of Wits, centred around a young adult protagonist.