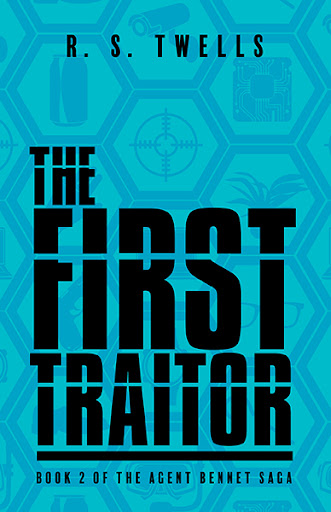 Heading into his final year at the secret spy school known as the Orphanage, Bennet is hoping to get through to graduation with no hiccups. With the help of his classmate, Darcy, Bennet has moved on from the death of his brother, Collin, last fall. He's successfully started training as a field agent, and he's managed to earn the respect of the agents at the Orphanage with his successful assignment against an oil tyrant last June. He’s confident nothing can stop him from having a terrific final year.

But events soon prove him wrong. The Orphanage is frantically on the hunt for the mysterious person known as the Shepherd, who they are convinced is set on wreaking havoc in the world. Bennet and Darcy have been kicked off the assignment and told to focus on their training. But during a routine assignment to Google headquarters, Bennet encounters the last person he expected to see—and barely survives.

In the aftermath, Bennet feels like someone is shadowing him every time he leaves the Orphanage. No one believes him except Oliver, the new kid from the organization’s British location. He teams up with Bennet to try to find and stop this unknown shadow.

On a class assignment, Bennet and Oliver risk everything to catch Bennet’s shadow and come face to face with a ghost from Bennet's past who forces him to make some difficult decisions. Who is his family? Whom can he trust? Will he become a traitor?

"A thrilling escape into espionage."

—Natalie Cammaratta, author of the Falling and Uprising series

"R.S. Twells wows with the latest instalment in The Agent Bennet Saga. The First Traitor is a compelling sequel packed with intrigue and an edge of your seat plot that grabs the reader and doesn’t let go until the final page.”

—Céline Perron, author of The Next Right Thing

“Gripping and cinematic, R.S. Twells takes everything to a whole new level!”

R. S. Twells lives in British Columbia, Canada. The First Traitor is the second book in The Agent Bennet Saga, which began with The Field Agent.