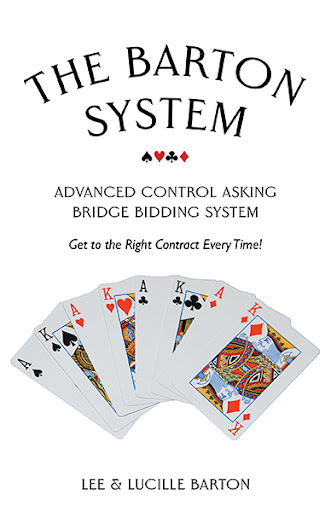 Controls and splinter bids are explained in detail in the book. Their use give you an advantage over your opponents in deciding when slam is possible, when to stop in game or even stop below game when that is the correct choice. The variety of situations that are covered will improve your bidding and help you get to the right contract every time!

"The Barton System" has been some 40 years in the making. For a good 30 of those, we have been locking horns with the Bartons at the bridge table.

We have not played "The Barton System", but what we can say is this: its edgy, sometimes unexpected features keep you on your toes any time you come up against Lee and Lucille… and it can lead to some very interesting discussions during the post-mortem drinks at the pub.

The system itself is outside the mainstream, and most readers will not want to adopt all its components. However, we think you will have fun reading about and reflecting on the Barton control-asking approach and its surrounding bidding structure. You are sure to find some nuggets that can be incorporated into your own bidding system quite seamlessly.

Both Judith and Nicholas are in the Canadian Bridge Hall of Fame. They have won the CNTC 6 times and runner-up 8 times. Nicholas was playing captain on the Gold medal winning Canadian team in the Olympics in 2002 - the only time Bridge was an event. 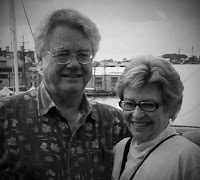 Lee and Lucille Barton have been playing bridge as partners for over fifty years. During that time they have perfected the Barton Bidding System adding a number of new wrinkles which are included in the book. Their goal in writing the book is to record the system and also help other players find more excitement in the game of bridge.