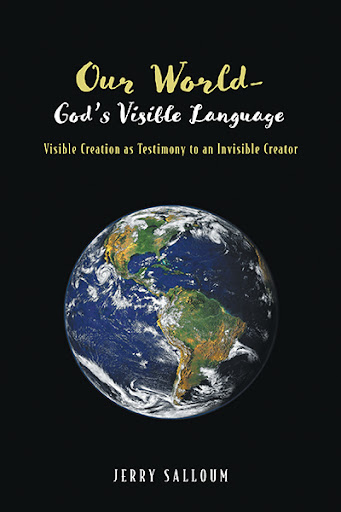 For the many who share these thoughts from C.S. Lewis, our world is far more than mere matter, space and energy. Its orderly patterns, its reliable processes and arresting natural beauty give it the capacity to speak, without words, a mysterious language that feeds our curiosity and wonder about it. We are drawn into the world of the audacious, with thoughts beyond the conventional, to posit an intelligent and imaginative Artist and Architect whose ineffable Creation in both its spatial and temporal dimensions defies adequate verbal expression.

In delving into revelation contained in various earth sciences and within the pages of the Bible, Our World: God’s Visible Language reveals a congruency between these two avenues to Truth, that the visible Creation repeatedly declares the glory and mystery of the invisible God, and that science is not an enemy to faith. Informative and written with imagination and personal anecdotes, these pages provide readers an opportunity to better understand the invisible God and His written Word, nudging us toward a loftier context in which life can be lived and enjoyed with hope and purpose.

"An illuminating introduction to earth science that deftly bridges the divide between faith and reason."

“Asking yourself these deeper questions opens up new ways of being in the world. It brings in a breath of fresh air. It makes life more joyful. The real trick to life is not to be in the know, but to be in the mystery.”

“Who can be bored with such a world? Who can tire of its many patterns? Who can grow weary of discerning the fingerprints of a greater Glory?”

"Jerry Salloum, storyteller, university lecturer and muse, paints a canvas of the wonder and magnificence of our world and Cosmos evidencing God’s physical language to us. Those who love delightful prose, fascinating scientific observations and questions to ponder will find this book thirst-provoking. I found myself doing many web-searches for the terms introduced and just wanting to learn more. Jerry is neither a ranting preacher, nor a fastidious theologue, rather a seasoned journeyman who commands attention by sharing the relevance of real-life observation and experience.” 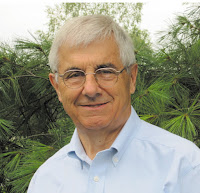 Jerry Salloum is a retired teacher and lecturer in Physical Geography and Earth Science, having taught for over five decades both at the high school and university levels. He is also a recently retired Anglican minister, having served a congregation for ten years. He has had travel experiences, particularly in the High Arctic—an exceptional region of beauty, referred to in scripture as the “treasures of the snow.”

At present, he enjoys life with his wife, family, and friends, and has an enduring fondness for English humour, André Rieu concerts, and Baroque music, as well as for maple syrup, raspberries, and cashews. He with his wife Nancy lives in Waterloo, Ontario.