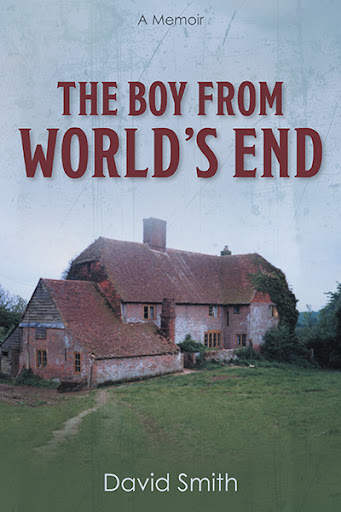 The Boy from World's End
A Memoir
by David Smith

The Boy from World’s End is a detailed and honest account of the life and experiences of David Smith. The book traces David’s early education in England, focusing on his experiences of wartime evacuation and life in a remote rural setting at a place known as World’s End Farm. When an exciting overseas journey takes David to begin a new life in Canada, he experiences the difficulties related to being an immigrant, but finds inspiration and encouragement that transforms his life into one dedicated to learning and growth. In these pages, David paints a vivid picture of his past, sharing stories from his family life, as well as the course of his higher education, which led him into his career as a university professor: a role in which he flourished as teacher, author, and administrator. Scattered throughout are stories of the interests, hobbies, and pastimes that enriched his life.

While David aspires to share his life story with family, friends and colleagues, his narrative imparts valuable insights for all who read his story. He encourages readers to “know themselves”, that is, to be explicitly aware of the values that guide them through life and to weigh them in its ever-changing circumstances. And he always brings his story back down to earth, reminding us to adopt creative pursuits that connect us with nature and that help us to work through life’s inevitable quandaries and opportunities.

David Smith is an emeritus professor and the former Dean of McGill University’s Faculty of Education. Born in Brighton, England, he grew up during World War II before emigrating to Canada. After setting down roots in the New World, he quickly began a lifetime commitment to family and, thanks to the encouragement of family, friends and teachers, to academic and professional studies. He holds BEd and MA degrees from McGill, and a PhD from the University of London in the areas of Education and Philosophy. He is the author of many books, including Colonists at Port Royal (1969), The Seigneury of Longueuil (1970), and Changing Values: The Human Impact of Urbanization (1971). He also collaborated in the authoring of several works, such as Canada: Discovering Our Heritage (Senior Author, 1977), Educating for a Peaceful Future (with Terrance Carson, 1998), and Check Mate! (with Christopher Milligan, 2013). He currently resides in Vaudreuil-Dorion, Quebec, with his spouse, Cecilia Jayme.