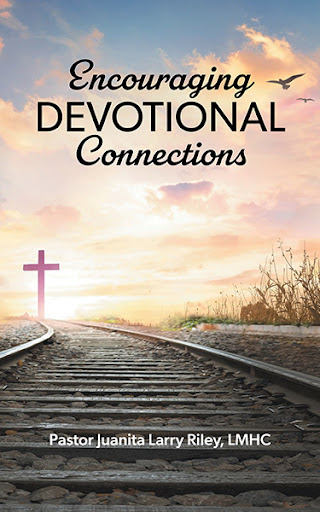 This devotional is for everyone. It was written with a pure heart for those that need encouragement, joy, peace, and most important a connection with their spiritual guide. That was its first intention and the last objective as it entered publishing.

Encouraging Devotional Connections was born as brief email attachments written to Pastor Juanita's friends and colleagues. She wanted each devotional to be touching, give hope, and bring a sense of humor to those who read them. She felt that God was directing her to write these spiritual notes to others for over 10 years.

Pastor Juanita admits that it was much later in the process of writing and sharing that the Lord quietly said to her that the writings were a "book". She said in her conversation with the Lord, "A what?" In time He showed her how many writings were saved in a file on her computer. She still replied, "Me, write a book?" And again in time He said, "It is Finished!" She said, “So much for that conversation.”

Once Pastor Juanita accepted the purpose for the encouraging writings, she obediently began to read over them and they became a manuscript. She reported that despite the religious content of using a scripture to guide the thoughts and ending each writing with a prayer, she somehow (stubbornly) never meant the book to be a religious document and even while re-addressing the complication of these texts: She wanted this work to not just be for Christians, but for everyone no matter their persuasions or views. She had an overall commitment to touching others with hope, peace, and the knowledge that they are not alone and that we all share the commonality of daily life challenges, questions, and dilemmas.

What is beautiful is that over the seasons these email attachments were being written she was ordained as an Elder, Pastored a Church, and was the CEO of a non-profit agency that provided Counseling services to those in need and without money. Go, figure!

While there is no overlooking who her spiritual guide is, she believes in her heart that He Loves us all because He is Love. I John 4:16 says it well: "And we have known and believed the love that God has for us. God is love, and he who abides in love abides in God, and God in him." (New King James Version) 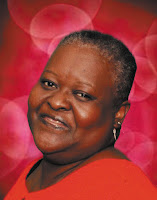 Pastor Juanita Riley is an active member of the Central Florida community. She was laid off from AT&T in 1991 after 20 years as a Telecommunications Technician. At that time she returned to school and completed a Master’s Degree in Counseling at Nova Southeastern University in 1995. After the degree and associated internship, she gained the certification of a Florida State Licensed Mental Health Counselor (LMHC). Five years later she completed the task of becoming a Qualified Supervisor of Florida State Interns seeking their licenses as Florida State Counselors.

Pastor Juanita has been a practicing Counselor for more than 25 years. During those years she was active in the Church as a writer, director and actor of several Christian plays, and the creator of Workshops directed to adults, youth, families, and young adults.

Pastor Juanita's Workshops are presented experientially and provide interactive dialogue between the participants and the leader. These Workshops address:

• Workshop dealing with how the Lord can turn our most difficult circumstances to blessings (Put It On the Nile);

• The psychological and physical aspects of Adolescence (Puberty Oh, My God!);

• An introduction to Spiritual Foods for the Soul (The Fruit of the Spirit Restaurant – Serving Soul Food);

• Experiential Family Reunion for large families living at a distance; and

• A workshop supporting Young Adult Christians in understanding the Bible and their purpose in life and in Ministry (Young Adult Discovery Hour).

Pastor Juanita and her husband Elder Vaughn retired from business work in 2012. She returned to counseling as a Telehealth counselor in 2021, and is currently working on and publishing other books, as well as putting her workshops in modules to be made available around the world.

They have three adult children and eight grandchildren.