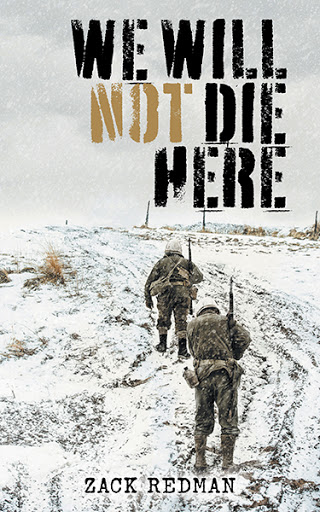 We Will Not Die Here
by Zack Redman

In this redemption tale, an unlikely friendship offers a glimpse into the resilience of the human spirit. During the Battle of the Bulge in the frozen winter of 1944, Henry Gerald Briggs, a deserting American soldier, stumbles across the German soldier, Dieter Von Strauss, in an abandoned barn near the Ardennes Woods after fleeing their respective sides. Their learned hostility thaws into an unlikely friendship as these men try not only to escape capture and the war, but to survive the fiercest winter Belgium had seen in years.

Once inside the barbed wired fences of Buchenwald, Henry obtains a piece of paper containing information that could bring an end to the war in Europe. But in order to get it to his men, he’ll have to escape the oppressive labour camp and face an army that would have him killed for desertion. Will he put the fate of the war before his own survival? Will a final act of redemption redeem an act of treason?

In this grim but hopeful fiction, We Will Not Die Here reads like the memoir of Henry Gerald Briggs, a replacement assigned to Easy Company, one of the most revered companies of the Second World War. This gripping tale follows Henry and Dieter, from the snow-laden trees of the Ardennes to the soul-crushing conditions of one of Germany’s most infamous labour camps, Buchenwald. This is a story of cowardice and bravery, of friendship and cruelty, and—ultimately—of the human spirit’s will to survive. 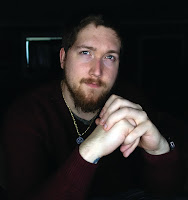 From Zack Redman’s first exposure to HBO’s Band of Brothers, he was hooked. War had always fascinated him but he was forever frustrated by war stories buried in military jargon, their soldiers’ humanity overlooked in a rush to depict fighting machines. It was in a bid to sidestep this convention that he adopted a memoirist voice for We Will Not Die Here, convinced of its ability to ground the story, make it more personal and easier to connect with, while removing a tangle of dates and battle strategies. Still, Redman conducted extensive research into the war and its myriad details to ensure his story would give an accurate and human account of World War II.

We Will Not Die Here is Zack Redman’s second novel.