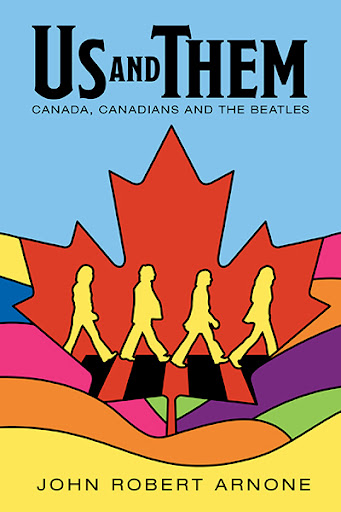 Us and Them
Canada, Canadians and The Beatles
by John Robert Arnone

Us and Them chronicles the depth to which Canada and Canadians were part of The Beatles’ story—their formation, growth and break up. Entertaining and well researched, Us and Them places John, Paul, George and Ringo as a band and as solo artists in a uniquely Canadian setting; it blends rich stories, facts, analysis, and even dabbles in several plausible but little known accounts that create a new ripple in The Beatles’ history.

After consuming Us and Them, readers will never again listen to albums Sgt. Pepper’s Lonely Hearts Club Band and the White Album, or singles “Come Together”, “Give Peace a Chance”, “All Things Must Pass”, “Imagine” and “Mull of Kintyre” without thinking about these masterworks in a Canadian context. Us and Them is a thorough account of the Fab Four's relationship with Canada, filling an important gap in their narrative and discography.

John Robert Arnone is a lifelong Beatles fan. After graduating with a BA in Journalism from Ryerson University, Arnone worked as a reporter and editor in Saskatchewan and Ontario and was awarded the prestigious AJAC Journalist of the Year Award. In 1988, he launched a 30-year career as a communicator in the automotive and aviation industries in Canada and The United States, appearing in many high-profile media stories.