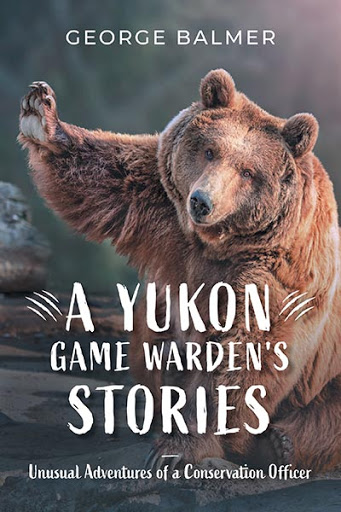 In true Yukon-style storytelling, George Balmer captures the “mostly true and often humourous adventures” of his younger years as a government official in the Yukon in the ’70s and ’80s. In over thirty funny and shocking tales, George’s problems are as creative and unusual as the solutions.

During a solo stint in a fire tower, George accidentally starts a fire of his own. As a Conservation Officer, he finds he is the referee in a punch-up between a black bear and a woman who both claim the same salmon, when he captures a grizzly bear it turns the tables at the first opportunity. When George is tasked with removing a shack in the bush, he discovers he has set fire to the previous owner’s secret stash of dynamite.

In these tales and many more, George recalls a slew of true characters and unpredictable encounters. This diversity, the lack of routine, and the frequently risky aspects of his experience captures the wild heart of the Yukon.

George Balmer worked for over thirty years in the Yukon communities of Ross River, Haines Junction, Teslin, Whitehorse, and Dawson City, half of these in a wildlife enforcement role. His career started with bottom-level seasonal jobs in Forestry, then as a Conservation Officer with Fish and Wildlife, as the Superintendent of Kluane National Park, and as the Head of Environmental Enforcement for the federal government in the Yukon.

He currently lives in Whitehorse with his wife, his son, and an old dog.