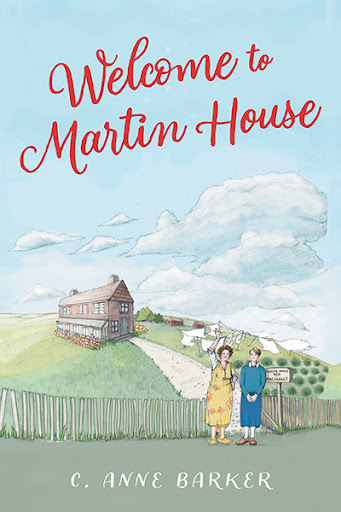 Welcome to Martin House, a little bed and breakfast in Mark’s Point, Newfoundland. Grab a cup of tea, put your feet up, and share your troubles. This is where community happens.

It’s 1971, a time of transition in Newfoundland. Newly widowed Bessie Martin and her sister-in-law, Rose, pool their resources to open a bed and breakfast—the first of its kind in the area. During Martin House’s first season, Bessie, Rose, and the residents of Mark’s Point respond to a changing Newfoundland. Centralization and the shift from a resource-based economy have many impacts on the community—the loss of young people to more urban areas, the advent of new technology, and the erosion of identity. However, Mark’s Point residents demonstrate that change can also bring new opportunities for business, education, and adaptation; where there is loss, there can also be gain. They help shape the future of modern-day Newfoundland by starting new businesses and developing community groups.

Welcome to Martin House displays the importance of good neighbours who are willing to work together to overcome adversity and resolve community issues. For generations, Newfoundlanders have survived and thrived amid tragedy, isolation, and harsh climates because of their strong faith, family ties, and open hearts. Welcome to Martin House is a positive, lively, and humorous portrait of rural Newfoundland and the hearty characters who inhabit it.

C. Anne Barker left Scotland and moved to Newfoundland as a young woman. She has lived in her husband’s family home in Open Hall, a small Newfoundland rural community, since 1967. As a mother of six children, she became involved in community, church, and school activities. When employed as coordinator of a Seniors’ Homecare Program, visiting and talking to older people in their homes, Anne’s love of listening to stories of rural Newfoundland began.

Later in life, Anne embarked on a new adventure: she continued her education and became the oldest student in the Journalism Program at the Stephenville campus of the College of the North Atlantic. This program led to her thirteen-year career as a reporter with The Packet, a provincial newspaper. She covered current events, including political and municipal news, the fishery, business, tourism, education, and many other stories around the Bonavista Peninsula, but her particular interest was human interest stories and local history. Anne previously published a book of stories about her childhood in Scotland and life as an adult in Newfoundland.