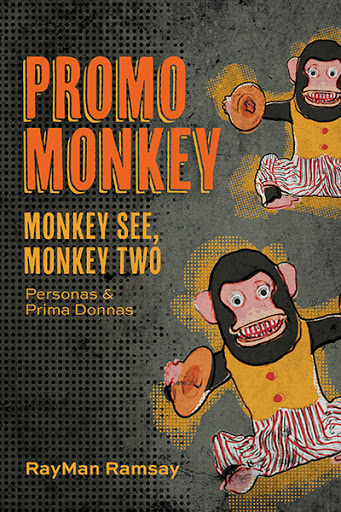 “If the music biz is legit, then roller derby is an Olympic event.” In this bitingly hilarious memoir, Promo Monkey: Monkey See, Monkey TWO, RayMan Ramsay gives readers a backstage pass into the heart, soul (and, often, bowels) of the music industry. On April Fool’s Day in 1968, a wise-cracking, opinionated 19-year-old Ramsay landed a warehouse job at Quality Records/TPC. Music became part of his DNA. Ramsay ultimately spent 36 years in the business, hustling as a promotions rep and manager in the Vancouver and B.C. markets for Quality/TPC and RCA/BMG.

In Promo Monkey, each chapter (Ramsay calls them “chatters” in his signature style, laden with puns, jokes and double entendres) breaks the music industry open, giving readers a peek inside at artists, acts and their “peeps,” through missives on artists such as Sammy Davis Jr., Otis Redding and Kenny Rogers, along with his trials and triumphs as a promo rep. Written in “Wryman” vernacular (and sometimes, dialect), he also unleashes screeds on punk rock, The Beach Boys and Chuck Berry, while dedicating plenty of airtime to icons such as David Bowie, The Beatles, and The Rolling Stones. Ramsay’s at his best, p’raps (as he’d put it), when unleashing rhapsodies about Canadian artists such as the late John Bottomley and Doug & the Slugs, as well as the many hardworking colleagues and industry pros he laboured and laughed with throughout the years on one very wild and musical ride.

"WHERE the HELL is the FIRST book? I haven't got all minute you know!" 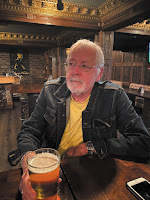 For almost four decades and counting (he never really retired) RayMan Ramsay has lived and breathed music, working with fledgling artists and massively successful acts alike, starting in the 1960s. Promo Monkey: Monkey See, Monkey TWO is his second memoir in a two-part series. His first book is entitled, Promo Monkey: My Life as a BellHop in the Waldorf Hysteria.