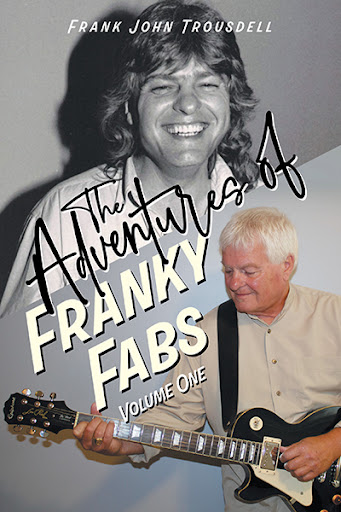 The Adventures Of Franky Fabs
Volume One
by Frank John Trousdell

Franky Fabs only wanted to live out his dream of playing professional hockey. But life has a way of handing out challenges and forcing choices, closing one door and opening another. Frank Trousdell shares his narrative of the struggle to survive and of learning that the only way forward is to pick himself up and carry on.

Frank offers a unique take on life, revealing the events that made him the man he is today. His story is one of trials and tribulations, poor choices, and good choices made for all the wrong reasons. It’s also one of perseverance, of never losing sight of the dream of a stable life and being a strong-willed survivor in a world of sharks.

In this first volume of Frank’s memoir, follow him from 1971 to 1993, from playing hockey and taking sociology at the University of North Dakota to marine policing to life insurance. Drama, desperate choices, unintended consequences, and heartache all fuel this Canadian boy’s story of adventure and survival.

"The Adventures of Franky Fabs is a rollicking memoir covering a search for love and joy amid tumult."

Frank (Franky Fabs) John Trousdell took phys ed and then sociology at the University of North Dakota, was a federal marine police officer, and then a chartered life underwriter (CLU). He has been a small business development consultant for thirty years, and an owner/operator in the manufacturing, distribution, and service industries.

Frank first felt the need to write after his heart attack. Then, after losing his youngest son to murder on June 2, 2019, he collected himself back together . . . somewhat . . . and began penning his memoir. He lives in Port Stanley, Ontario, with his life partner of nineteen years, Cheryl, their eight-year-old border collie, Charlie, and their six-year-old, white-footed black cat, Maud.

Watch for Volume Two of the Adventures of Franky Fabs, coming soon!

The Adventures Of Franky Fabs will be available in the FriesenPress Bookstore soon.