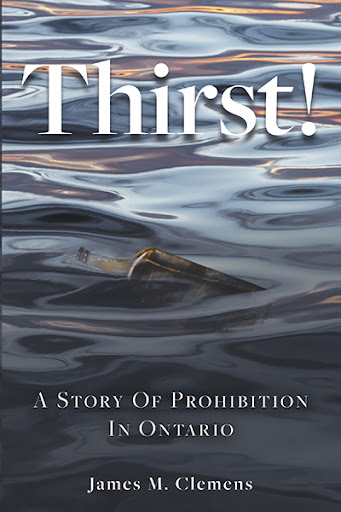 Thirst!
A Story of Prohibition In Ontario
by James M. Clemens

Prohibition was the law of the land in both Ontario and the United States during the 1920s and 1930s. Yet because of the one key difference between Ontario’s Temperance Act and America’s Eighteenth Amendment, smugglers could make small fortunes transporting Ontario booze through the Great Lakes to harbours in America.

Thirst! A Story of Prohibition in Ontario relates the account of how one such smuggling ship, the doomed City of Dresden, ended capsized on a sand bar off the north shore of Lake Erie just west of Port Rowan, Ontario, in late November, 1922.

The author details how the local inhabitants handled the liquid cargo and how the prohibition authorities dealt with the local farmers. The use of reminiscences, historical excerpts from newspapers, and a one-hundred-page court record of the trials of the farmers, bring real-life characters to the page, giving readers a fascinating glimpse into the lives of farmers, bootleggers, and government enforcers at the heart of his story.

Thirst! also uses the story of the wreck of the Dresden as a springboard to explore some of the main themes related to prohibition: the solidarity of a community when threatened by outside forces; reactions to unpopular laws and those who enforce those laws; how greed can force people to take unnecessary risks; the rivalry between city and village, and the beginning of disillusionment with prohibition itself.

Readers having an interest in early twentieth century Ontario history, especially prohibition, and those familiar with Long Point and Lake Erie will find Thirst! A Story of Prohibition in Ontario an enjoyable and informative study. 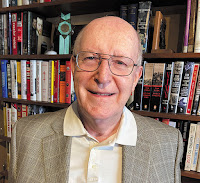 Born in 1940, Jim Clemens has had a long acquaintance with Norfolk County, Port Rowan, Long Point Bay, and the Point itself.

Graduating from the University of Western Ontario with an honours history degree, Jim taught history and English at an Etobicoke high school for several years. Seeking new personal challenges, he enrolled in a master’s program in Canadian history at Carleton University. Upon earning his M.A., he joined the Ontario Ministry of Education serving in two of its regional offices, as well as at the head office in Toronto, until his retirement in 1994.

Since then, Jim has had the leisure to pursue his deep passion for the past with wide reading in Canadian, American, and European history. During his retirement, Jim also served as a member, and later chair, of the Heritage Advisory Committee for the City of Burlington. Perhaps his proudest moment was being awarded the 2016 Burlington’s Best Heritage Award for his leadership in conservation activities in that city.

Jim’s reading and volunteer activities are counterpointed with a love of classical music, choral singing, bridge, films, and theatre. He now lives in Bronte Village (Oakville) with Micki, his beloved wife of some fifty years, and their personable tabby, Humphrey Bogart, a.k.a. HRH.