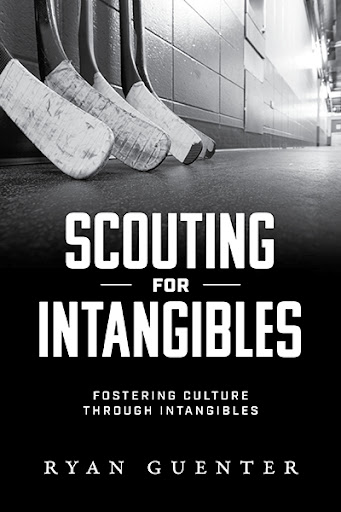 What is that some “thing” a player possesses that creates a champion, or, conversely, a bust?

That is the question my University of Alberta colleagues, Dr. John G.H. Dunn & Nick L. Holt, and I set off to explore when we pursued the following research title: “Exploring the ‘Intangible Player Characteristics’ that Junior Hockey Scouts Consider when Evaluating Draft-Eligible Prospects."

The eventual results would find their way into the 2019 edition of The Sport Psychologist (volume 33, issue 4), under the title “Talent Identification in Youth Ice Hockey: Exploring ‘Intangible’ Player Characteristics.” As such, the foundation of information presented herein relies heavily upon the UofA research as well as other empirical studies pertaining to talent identification (TiD).

The ultimate decision to write this book was motivated by a desire to share the results minus any of the literary restrictions that are required for research and/or publication within an academic journal. In other words, presenting the information in a less formal writing style with the literary freedom to share my own opinion was appealing. I also felt that a simplified version might help solidify some components of the results.

The goal from the outset was to provide useful information for young athletes from any sport that hope to be discovered, selected, drafted, or signed.

Additionally, parents of young athletes might benefit from information about the scouting process, and the considerations TiD experts use to make final decisions. However, while the supporting evidence was drawn from other team and individual sport research, my own study was conducted specifically within the sport of hockey.

Ryan was raised in Lethbridge, Alberta leading an active childhood moving from hockey to baseball, season after season. He was fortunate enough to combine his educational pursuits through athletic endevaours playing collegiate baseball and university hockey.

Those educational pursuits would culminate in two undergraduate degrees (BA, Psychology - BMgt, Human Resources) while playing for the University of Lethbridge Men's Hockey team. After several years in a corporate work setting, Ryan then made a decision to pursue his graduate studies in 2015. Ryan was extremely fortunate to conduct his graduate studies under the guidance of Dr. John Dunn from the University of Alberta, where he obtained a master’s degree (MA, Sport Psychology - 2018).

Ryan has also been a member of the Western Hockey League scouting community since 2009. During that time he has served in several different scouting capacities with two different WHL teams - the Victoria Royals and Winnipeg Ice. Ryan currently resides in Edmonton, and helps young athletes as a Mental Performance Consultant.