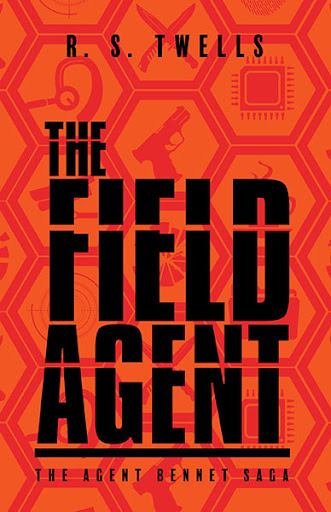 Recruited as babies by a mysterious organization known as the Orphanage, sixteen-year-old twin brothers Bennet and Collin mean the world to each other, even though they’re complete opposites. Collin is training to be a field agent while Bennet is an earpiece, in constant communication with his brother, monitoring his activities and providing computer support from a safe distance.

When a mission goes horribly wrong, Bennet is left bereft, missing his other half. Already introverted, he retreats into himself. In his final statement, Collin urged him to leave the Orphanage, but it’s the only home he’s ever known. Instead, he makes a drastic decision: he’ll fill the Collin-sized hole in his heart by rejecting his computer-focused career path, trying instead to match Collin’s physical prowess so he can become a field agent like him.

Training with Collin’s old girlfriend, Darcy, a skilled assassin, Bennet tries to prove he can be just as skillful with his fists and a gun as at the keyboard, in the face of skepticism from the Orphanage and all of his classmates. As he struggles to succeed, Bennet must question how much he has hurt those around him and how much more important it is to be himself than just a copy of his brother.

When his class is given its final assignment, both his new skills as a field agent and his old skills as an earpiece are put to the ultimate test. Failure could prove fatal, not only to himself but to his fellow agents-in-training—the only family he has left.

And as if that weren’t enough, the fate of the entire world hangs in the balance . . .

“The Field Agent is a suspenseful thriller in which unusual teenagers are tasked with accomplishing improbable feats.”

“An engaging spy novel... Twells offers a riveting story with characters that aren’t perfect but have depth, raw emotion, and a sense of purpose that keeps them firmly connected to each other.”

R. S. Twells lives in British Columbia, Canada. The Field Agent is her debut novel, and the first book in The Agent Bennet Saga.