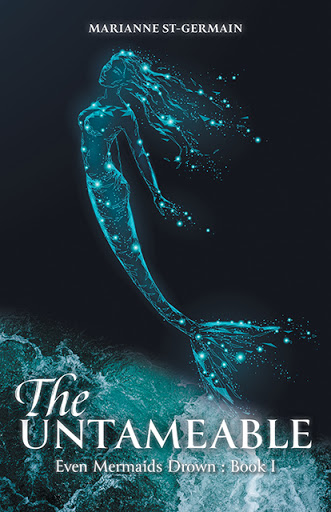 The Untameable
by Marianne St-Germain

The young girl opened her eyes and looked around hazily, as if in a dream state. She was filled with emptiness. Emptiness and dread. But why? She sat up automatically. Her head throbbed, as though she had just gotten knocked out. She seemed to be sitting on a lawn.

Why was the air so scorching hot? She didn’t understand.

The pale girl looked up toward the bloody night sky. There were no stars, nothing but a giant Moon the color of death, and a steadily shifting orange glow which seemed to be coming from her right . . .

Illiad holds no recollection of her past—all she knows is two weeks ago she woke up beside a burning house, a matchbox in her hand. Accused of arson and of murdering the Thornes—the family of three who perished in the flames—Illiad is admitted to a facility that houses troubled girls and she is to remain there until her trial. But strange things tend to happen around her. She heals from wounds much faster than a normal human would, and she is also learning to harness some supernatural powers. Suddenly, a spirited Magician who claims to have been assigned as her protector appears, and Illiad more than ever begins to question her identity. 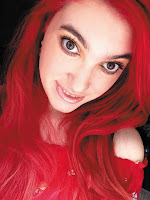 Marianne St-Germain is a Hufflepuff-wanna-be-Slytherin who lives in Montreal with her soulmate and her adorable Sphynx cat, Regulus. Her greatest passions apart from writing include singing, Disney, travel, and lemon water. She also runs a beauty channel on YouTube called Unusual Beauty, where she really lets her creativity run wild.

You can connect with Marianne at www.EvenMermaidsDrown.com where you can sign up to receive emails filled with fun updates, sneak peaks, and release dates for future books!