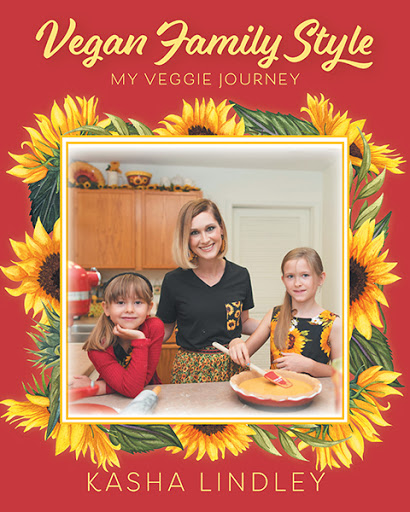 Have you ever had an interest in going Vegan, but you have a family to provide for and aren’t sure how to include them? Are you done with over the top recipes for every day cooking? Perhaps you have been Vegan for a while but don’t really know how to celebrate those special holidays with the family.

Vegan Family Style is a simple, family orientated, old-fashioned tale in a modern world of cooking. Take this book with you on your journey with food from all around the world. Enjoy as you, and your family, eat REAL whole foods together. Whether it’s Eid, Christmas or just a Friday afternoon, Vegan Family Style will bring you to your final destination.

This family-styled cookbook was inspired by the author’s own Veggie Journey which started as a life-style change and became an obsession. With a family of 6, however, this obsession needed refining. Now, after going through multiple cooking courses through Rouxbe Academy, your author has not only rehabilitated her body that had been plagued by inflammation, but has also polished her skills in order to convey recipes that are simple, smart, intellectual and fun.

You may be Vegan, you may have a family; now you get to be, “Vegan Family Style”. 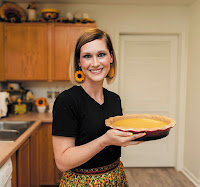 Your author comes from a large Polish family from Amarillo Texas. She grew up with dreams of being on stage with the New York City Ballet. Inopportunely for her, she was unable to continue performing ballet as her nervous system was showing signs of damage. At 19, she was going to college and running an independent dance class called, “Dancers for Christ”. Soon after she met the man of her dreams and they were married on July 27th of 2007. A few months later her husband was shipped out to basic military training, as he had enlisted in the Air Force as a Meteorologist. Fast forward 13 years later; your author has now moved 10 different times and has 4 beautiful children. What inspired your author to write this Vegan Family Style cookbook was her own journey back to health. After 12 disparaging years of a body wrecked with pain, she decided enough was enough. After watching “Forks over Knives” she embarked on her Veggie Journey on January 1st 2018. Your author was already a very acclaimed cook in her own right, but she knew that she needed to take it to the next level. She signed up for multiple cooking courses hosted by Rouxbe Culinary Academy. She decided to share her cooking experience with her family, friends, and now her ‘fans’ by posting “Live” videos of cooking techniques and recipes on Facebook and Instagram. Inspired by a hymn sung as a child, she brings positivity to the world by sending one message, “Be a Sunflower and Shine”. Like a sunflower, she brings energy and joy to those who watch her. Your author is a motivator, chef and an inspiration to eat healthier for people all over the world.