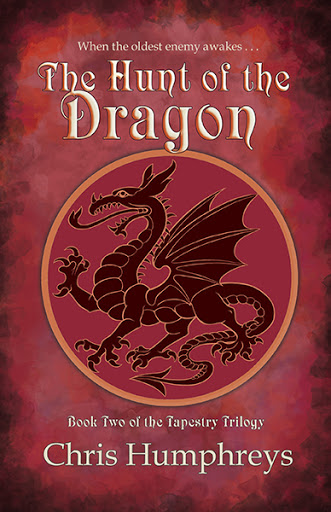 The Hunt of the Dragon
by Chris Humphreys

The dragon’s thought came carefully, painfully. “No one? The maid who was given the gift of tongues? The girl who tamed a unicorn? Who saved then destroyed a world? Oh, Alice-Elayne, you are someone. And you are about to learn that your story is only half told.”

She doesn’t want to go—there are so many ways to die in that place. But when her father

crosses over, she has no choice. Yet now Goloth is ripped apart by a civil war … and her actions helped start it. Worse: the unicorns, that world’s guardians, have vanished, including her beloved Moonspill. Worst of all: Tiamat, queen of dragons, has woken from her five-hundred-year sleep. And she has plans for Elayne. Terrible plans. Only one thing is certain: if Elayne is to have any hope of saving Goloth from total destruction, she must bring back the unicorns.

Summoned by a dragon, attacked by a griffin, betrayed by pirates, forced to fight—Elayne will need every ounce of courage to rescue her father, keep her best friend alive, and unite a realm … all while trying not to fall in love with the former tyrant-king!

'The Land of the Fabulous Beast is, in a word, fabulous, a place where all the creatures dreamed up by various cultures are portrayed in all their glory… Hand this to readers who like their heroines sassy and their settings vividly imagined.’ – Bulletin of the Centre of Children’s Books – 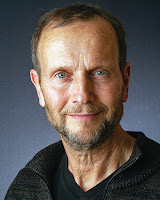 Chris (C.C.) Humphreys has played Hamlet in Calgary, a gladiator in Tunisia, and a dead immortal in Highlander; he’s waltzed in London’s West End, conned the landlord of the Rovers Return in Coronation Street, commanded a starfleet in Andromeda, and voiced Salem the cat in the original Sabrina. He has published 18 novels including The French Executioner, The Jack Absolute Trilogy; Vlad – The Last Confession; A Place Called Armageddon; Shakespeare’s Rebel and Chasing the Wind. His novel Plague won the Arthur Ellis Award for Best Crime Novel in Canada in 2015. He is now writing epic fantasy with the Immortals’ Blood Trilogy, for Gollancz; the first book, Smoke in the Glass, was published in 2019 and the second, The Coming of the Dark is out Fall 2020. Chris wears a unicorn signet ring and always wondered why. The Hunt of the Dragon continues to answer that question.