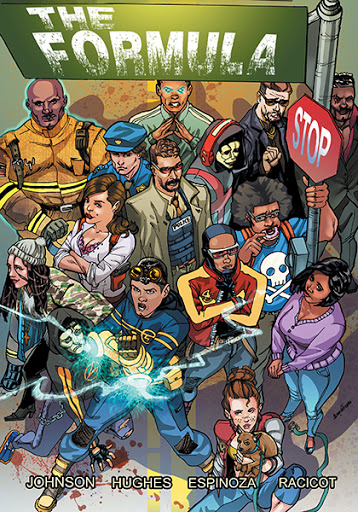 The Formula
by Elijah Johnson, Fredrick Johnson and Aaron Johnson

One night in 1990's Los Angeles, First Responders rush to a fire downtown—a mission that quickly goes awry—killing the city's greatest Firefighter, and leaving his wife and sons in the care of his best friend, and soon-to-be-Detective Marc Bronson.

10 Years later, Romeo and Jay Jones grow into your average, All-American teens. After a new designer drug sweeps the streets of Bayview, California—giving its users strange abilities—Romeo and Jay take the law into their own hands as the vigilantes “Thunderstorm” and “Brigadier.” All of this coincides with the acquittal of notorious kingpin-of-crime Dexter Dre, the robbery of The Jones's family business and a near-death attack on their mothers' life.

But with the LAPD focused on the reappearance of the county's most wanted man, the infamous Nathan Rhodes, the brothers will have to get justice for their family—and their city—on their own terms. 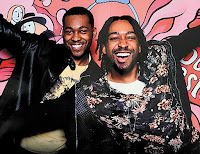 The Los Angeles native siblings Aaron and Elijah, are multi-faceted creatives and co-owners of "Destiny Music Publishing, LLC". Self taught as professionals from a young age, together they've ran massively successful crowdfunding campaigns and had their work published in several critically acclaimed projects such as "Leaders of the Free World", "L'Atelier LA", "Pitsberg", and "Nightmare Detective" among others.

The patriarch of the Johnson's, Fredrick is a Chicago native artist, singer and songwriter from a large and talented family of entertainers and artisans. After migrating to the West Coast, he settled in California where he had Aaron and Elijah and signed to Fantasy Records, then transitioned into acting. With 15 years and over 300+ film/tv credits, he began directing and producing original screenplays with his sons to entertain and inspire the next generation worldwide.