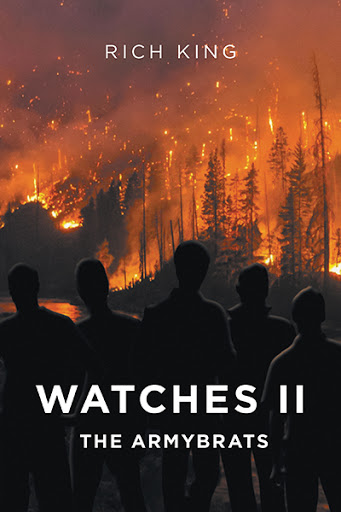 As the smoke clears from the bloody showdown between Mark Emerson (a.k.a. Mike Anglekee) and demented, possessed, one-eyed UPS deliveryman Stanley “Watches” Markesan at the House on the Rock Museum, everyone is relieved that the maniac is finally dead, and life can go back to normal.

But soon Mike’s boys and their best friends begin to suspect that Watches isn’t finished with them yet. So, with the help of the enigmatic Mr. Fallway, they form a group called the Armybrats. They are dedicated not only to training and protecting themselves from Watches but also conducting vigilante actions against other threats to their community, such as date rapists, school shooters, bullies, and drug dealers.

However, it isn’t long before the boys’ worst fears are realized, and Watches sucks them back into a hellish struggle for survival, with not only their own lives but the fate of the entire community hanging in the balance. Their only hope is to root out their own weaknesses and come together as a team before they hear the soulless fiend’s faint chuckle as he returns to claim them for himself.

Richard King hates horrors and thrillers, and yet he’s now written two of them. Prior to becoming a writer, he served for over twenty years in the US Army and has always hated the sight of blood, and yet he has just written two books that include pages and pages of blood, violence, and mayhem. However, like many writers, he knows the mind works in mysterious ways. So, rather than flee from the darker side of himself, like he fled from a haunted house on the shoulders of his stepfather as a kid, Richard has decided to embrace it and grapple with some of his fears through fiction.

Richard’s novels are inspired by his home state of Wisconsin, where his father, David, lives with him.