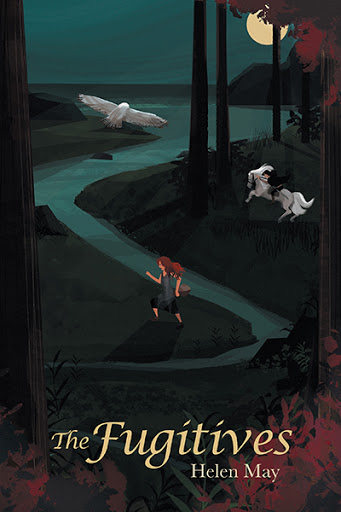 The Fugitives
by Helen May

Many centuries ago the search for midwives and healers unleashed raids on villages and rural communities. Soldiers trained to carry out the raids destroyed homes, killed or maimed inhabitants and if a midwife or healer was found, that woman was captured to be burned at the stake or drowned. Fourteen year- old Yunitra speaks out to her mother about the unjust law that allows these merciless actions. To silence her protestations, she is banished by her parents to a lodge to work for three midwives. Yunitra escapes after a raid, sets off on a lone journey while yearning for companionship and an understanding of betrayal; only to discover her resilience and her self.

Uwomo, recruited at age fourteen, together with his warhorse, Maximus, is trained to be a soldier and soon becomes a feared and revered warrior that leads many raids until one fateful day when his life as a fighting man ends with his desertion. His ensuing odyssey takes him through a battle of a different sort: that of finding his way out of the effects that inflicting pain and death had on his belief in honour and self-respect. Yunitra, Maximus and Uwomo , each on their own solitary search, eventually meet, barely miss capture by Count Arrogar and his search party. It is Mother Nature that comes to the rescue of the three fugitives - Yunitra, Uwomo and Maximus - by delivering them into a world of inclusion, communal kindness and compassion. 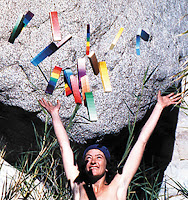 Helen May was born in South Africa where she witnessed the vulgarity of exclusion under the laws of Apartheid. An avid storyteller, she believes in the power of sharing stories to convey life-lessons, personal transformation, inspiration and compassion. She has shared her love of stories extensively throughout her life on three continents. Helen is the author of three previously published books: The Possibilities of Music and Stories(1975), It Works (1987) and Mother Tongue (2016). The Fugitives is a story that explores how laws that are designed to exclude certain people from society ultimately effect two teenagers. Their solitary search for clarity and justice takes each of them through self-discovery. Although this novel is set in the 13th century exclusion from society of targeted people continues to this day.