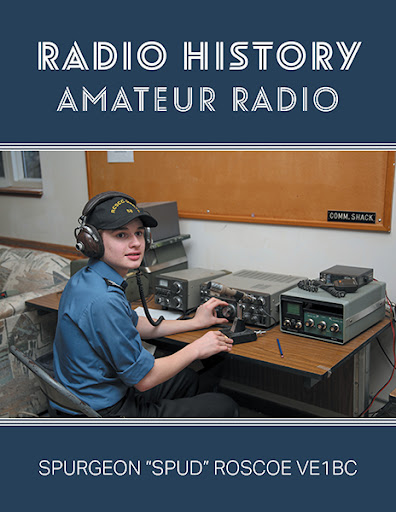 In this sweeping history, author Spurgeon G. Roscoe takes a look at the world of amateur radio in North America and the special role the Halifax Amateur Radio Club (HARC), of which he is a member, played in it, from the time of the World Wars all the way to the present day. Roscoe presents an account that is at once intimate and wide-ranging, covering topics from amateur radio’s role on the Canadian ships of the 1920s and ’30s and during wartime to the involvement of women in the craft, to the technical details of how some of the equipment involved has evolved over time, to a detailed look at the American Radio Relay League and what has appeared in the pages of its membership journal, QST, over its many years in circulation. His own deep, nearly lifelong involvement in amateur radio not only brings a deep base of knowledge to this ambitious project, but a particularly penetrating and oftentimes sentimental lens to it, too—particularly when it comes to documenting the activities of HARC and the many members who have passed in and out of it over the years. Expansive and detailed at once, Radio History: Amateur Radio is essential reading for anyone involved or interested in the hobby worldwide.

Deeply involved in the world of amateur radio for many decades, Spurgeon G. “Spud” Roscoe first fell in love with the hobby in 1956, when he began training with the Radioman Special Royal Canadian Navy. After graduating in 1961, he went on to graduate from the Radio College of Canada in Toronto, Ontario, the Air Services Training School in Ottawa, Ontario, and the National Radio Institute in Washington, DC. He has his First Class Certificate of Proficiency in Radio and his Coast Guard Radiotelegraph Operators Certificate. He has operated radio as a radio officer aboard HMS Bounty, in a teaching capacity for young learners interested in the hobby, and as part of the Halifax Amateur Radio Club and the many activities in which they are involved, such as competitions like Field Day. He lives in an apartment in Halifax with his wife of sixty years and continues to operate his station, with call sign VE1BC, to this day.