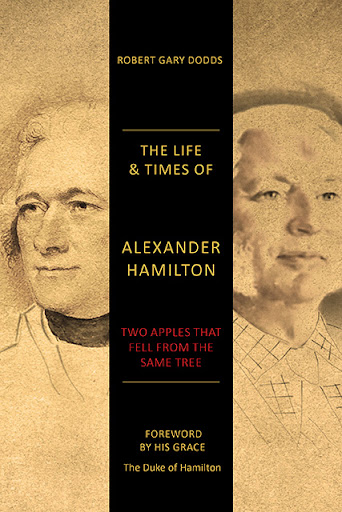 Read of the Hamilton Clan’s earliest evidenced ancestor born in the 9th century, his descendent at the English Battle of Hastings in the 11th century, the Norman font of all British-born Hamiltons. Hear about Hamiltons from the 12th – 21st centuries, including the Hamilton heir presumptive to the Scottish throne and the Hamilton champion of Mary, Queen of Scots.

By developing categorical affirmation, Dodds expertly links Alexander Hamilton, the founding father of the USA, to the modern-day Alexander Hamilton—both of whom shared a common ancestor—both having Scottish blood and lives in the West Indies.

Follow the tragedy of a New World triangular slave ship voyage; and a 19th-century Hamilton soldier, a friend of Sir Winston Churchill and Rudyard Kipling. The book culminates with the life of modern-day Alexander Hamilton. His Downton Abbey-style upbringing from the early 20th century led to military service and inheriting a 26,000-acre Jamaican plantation.

This book is the comprehensive history of a family and the political, social, military, and business forces that acted upon them over 1,142-years.

The book’s foreword is written by His Grace, the Duke of Hamilton.

“I loved reading of Alec Hamilton’s great-uncle meeting my great-uncle, the Tsar of Russia. Alec, and his Scottish and Jamaican ancestor’s stories are part of Jamaica’s history itself. What an eye-opener when the author evidenced that both Alexander Hamiltons can trace their direct male bloodline back 1,142-years from now!”

“What a wonderfully serious, well—researched, and well-written book this is. The authors’ genealogical work deserves praise, and we did not previously realize that a Hamilton was once heir presumptive to the King of Scotland. The Author, both Hamiltons, Scotland, and the Caribbean are all entwined, a must-read book!" 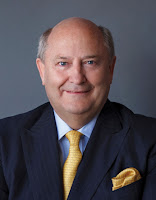 ROBERT GARY DODDS was born in England of Scottish and English heritage, and with his Jamaican-born wife, Mary, they have spent more than half their lives living overseas; from the Middle East & Africa to the Asia Pacific and North America, and he has conducted work in the West Indies and Latin America.

The author is known as someone who has a quick wit and sense of humor. As an author, he is evolving into a serious writer of biographies and historical research, adeptly uncovering the facts that make great stories. He has a Cookbook with a Michelin award chef, and two children’s storybooks in the pipeline, and another biography.

Dodds has extensive experience working with charities internationally, has sat on the board of several, and sits today on the Global Advisory Council of the Akilah Women’s Institute of Rwanda.

As Chief Semi-Retired Officer of the family, he and his wife love nothing better than being with their grandchildren and three miniature Schnauzers in their home in North Carolina, the USA, where they sett led in December 2014 - that and working on a book. This author is worth watching.