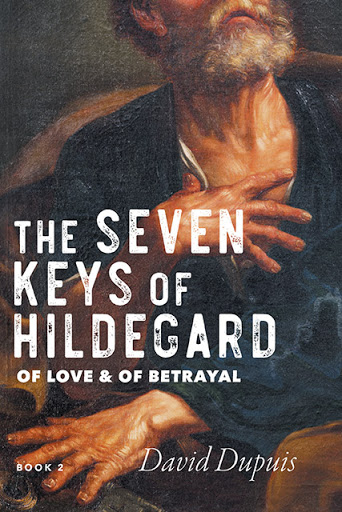 Of Love & Of Betrayal
by David Dupuis

In 1167, a German nun named Hildegard, has seven troubling visions of the end times. In 1958, the new pope, John XXIII, begins his reign and must decide how to make his church relevant in a rapidly changing and increasingly dangerous world of the 1960s and 70s. In this second book of David Dupuis’ thrilling five-part historical-fiction series, the ancient battle lines are drawn. From a convent in Fatima, Portugal, to a hut in Africa, the halls of the Vatican, office towers in New York City to a small town in Canada, the ancient Keys inevitably turn. Through it all, a mother’s devotion to her child and those who protect them are threatened. Can the church and world be saved from political, economic, military and spiritual assassinations? With evil lurking in the halls of power, only two things are certain. Where there is love—there is always betrayal.