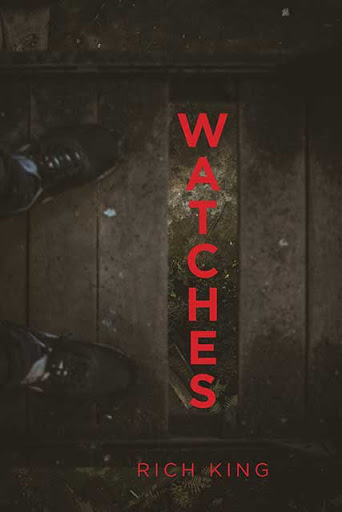 Police officer Mike Anglekee’s life is changed forever when crazed deliveryman Stanley Markesan decides enough is enough, and he’s going to teach the nosy policeman a lesson for interfering with his philandering. But Stanley is no ordinary courier. Once his desire for revenge ignites, he transforms from an ordinary person into a seemingly invincible being with extraordinary powers, the being known as “Watches.” After two failed attempts to exterminate Mike and his wife, Watches moves on to attack the next generation, including Mike’s sons, Billy and Danny, and some of Danny’s closest friends. Complicating matters is another mysterious stranger who shows up in town. The boys can’t determine whether he’s friend or foe, but before they can figure it out, Watches intensifies his attacks, triggering a terrifying wave of cataclysmic events that threatens their lives and ensures the state of Wisconsin will never be the same again. With Watches on the loose, there’s no telling what lies ahead in this labyrinth of twisted roads and telltale signs of pure adrenaline, violence, and horror. Never go anywhere alone; always stick with a buddy. And if you hear a strange cackling sound and the devil repeat his name three times, run! Watches may be coming for you next.

Richard King hates horrors and thrillers, and yet he’s just written one. He served over twenty years in the army and has always hated the sight of blood, and yet he has just written a book that includes pages and pages of blood. But like many writers, he knows the mind works in mysterious ways. Rather than flee from it, like he did from a creepy painting of a clown on the wall of his bedroom as a kid, he has decided to embrace it and grapple with some of his fears through fiction. Drawing from his own childhood in Wisconsin, Richard was inspired by many locations and events from his formative years as he wrote this book. Although he has written some non-fiction publications at work, this is his first novel. Richard lives in Monroe, Wisconsin.