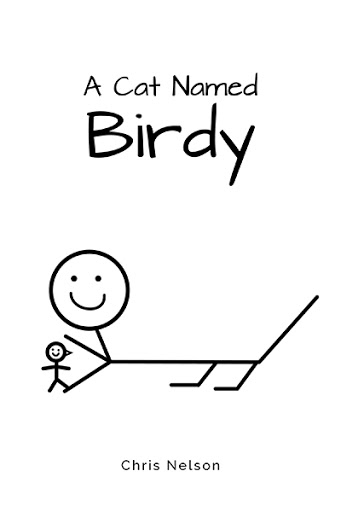 A Cat Named Birdy consists of a large number of short, warm-hearted poems that express delight and wonderment at the antics of a cat named Birdy.

A Cat Named Birdy is likewise original, loving, and humorous, describing the often hilarious antics of the budgie in the upstairs master bedroom.

Christopher Richard Nelson was born on December 24/1956 in the town of Baden-Baden W. Germany (Black Forest). The only son of his English father, Thomas Donald, and his German wife, Rosemarie, he lived in Canada (Ontario and Quebec), Europe (Fontainebleau, France), and the States (Colorado Springs, Colorado). A Master's Scholar in Economic Science, Chris worked for the federal government (NRC/Finance) before circumstances led him to take up free lance writing: ten first class/original books, with emphasis on global challenges (Holistic Economic Development) and Christian vs. Worldly Value Systems and their implications for humanity's happiness (depending on peace, social justice, stewardship of nature) (Pollyanna's Hope). Four books are paid for with self publishers and the rest he hopes to publish at a later date. Chris also likes to write light hearted/amusing poetry about the pets and people in his life: A Single Rose Can be My Garden (with subtitles/Xlibris), and A Cat Named Birdy (FriesenPress).