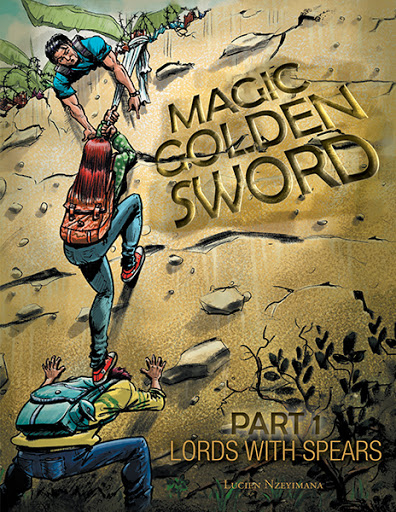 LORDS WITH SPEARS is the first part of a series called MagIc Golden Sword. It is a story about the long-time peaceful people of an imaginary country of Burunga, who received an influx of Spear refugees from neighbouring Dandy. The Spears were ruthlessly vanquished in a tribal war with the Lords over the possession of Dandy, and the Rungans opened camps to cater to the newcomers, even in spite of the opposition to the idea by Colm Djandhi, the young son of Melchior Djandhi, Burunga’s president. In the camps, the Spears plot to take control of Burunga, validating Colm’s fears. But by then it was too late. Eventually, they attack the palace, remove the president, and kill members of his cabinet. They occupy Burunga and establish a powerful kingdom there. Still, the usurpers are missing a critical element of rule: in the Burunga tradition, one cannot hold real power without the golden sword, now in Colm’s possession.

In Lords with Spears, we find a story of humans against humans, humans against nature, brotherhood, and solidarity. There is a revelation here that weakness can be strength, as can unity. The book thrums with horror, crisis, tribal wars, and the profound satisfaction that comes with conflict resolution. 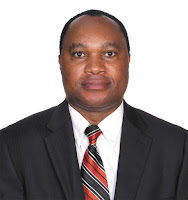 Lucien Nzeyimana lived in oppression throughout his childhood. Born and raised in Burundi, a country where the minority group in power treated the overwhelming majority of citizens as immoral beings, and killed innocent people shamelessly. As a young person, Nzeyimana witnessed firsthand the army, police, and their death squads murdering innocent civilians. As his horizons widened, he tried to make a change by supporting democracy and respect for human rights. But in 1993, the enemies of peace and justice were onto him, and forced him into exile in his own country. After escaping certain death twelve times, he sought asylum in Tanzania, then in Canada.

That experience inspired Nzeyimana to create a story similar to his own and solve, in fiction, the true-to-life problems from his own experience that remained unsolved. The story of the Magic Golden Sword is the result.

Nzeyimana has been a teacher, a novelist, and now a screenplay writer. He started writing when he moved to Fort McMurray, Alberta, where he still lives. He is known for writing fiction but also enjoys writing non-fiction.