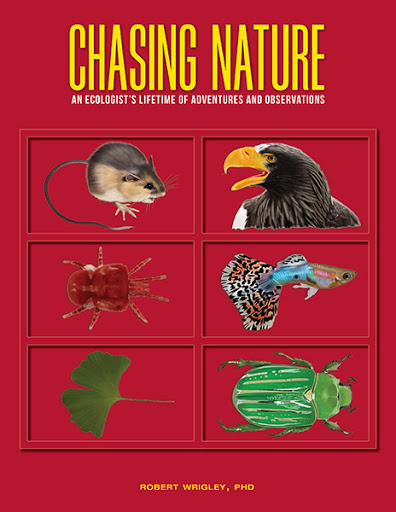 Chasing Nature
An Ecologist's Lifetime of Adventures and Observations
by Robert E. Wrigley

Ecologist, museum director and zoo curator Dr. Robert E. Wrigley takes readers on an ecological journey via 230 wildlife adventures and observations covering a period of seven decades. Join him as he relates exciting and sometimes humorous reallife stories from early childhood in Buenos Aires, Argentina, growing up in St. Lambert, Quebec, university years at McGill and Illinois, through careers at the Manitoba Museum of Man and Nature, Oak Hammock Marsh Interpretive Centre, and Assiniboine Park Zoo, and finally research activities in retirement. Drawing on his experiences gained during thousands of field excursions throughout North and Central America and Europe, and even in his backyard garden, his close encounters with plants, fungi and animals (ranging from tigers and bears to eagles, snakes and beetles) provide glimpses of these organisms’ lives, and reveal his deep passion and respect for the natural world which nourished his lifelong pursuit of the natural sciences. Serious messages are offered regarding environmental degradation and the current extinction event that is wiping out numerous species every day as a result of escalating human overpopulation and excessive demands on the world’s ecosystems. He stresses that the preservation of remaining biodiversity, and indeed the future of our own species, are completely dependent on regaining a balance with Nature. 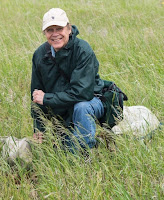 Dr. Robert Ernest Wrigley graduated with Bachelor’s (1965) and Master’s (1967) degrees in zoology at McGill University in Montreal, Quebec, and a Ph.D. degree in zoology (1970) at the University of Illinois in Urbana-Champaign, Illinois. His first position was Curator of Birds and Mammals at the newly opened Manitoba Museum of Man and Nature in Winnipeg, Manitoba, where he later became the Museum Director. As the first Director of the new Oak Hammock Marsh Interpretive Centre near Stonewall, Manitoba, he helped design the facilities, recruited staff, and developed programs at this award-winning nature facility. He then completed his career as the Zoo Curator of the Assiniboine Park Zoo in Winnipeg -- Canada’s oldest zoo. As an ecologist and author of 19 books and over 100 articles, Dr. Wrigley continues his passion for Nature, now focussed on insects. He donates annually thousands of specimens for museum research collections and displays.

Rob Gillespie’s professional career began as Historian at the Manitoba Museum of Man and Nature, and he later became the Historical Interpretation Officer with Parks Canada. Duties under the latter position focussed on managing interpretive plans and exhibits for the Prairie and Northern Region, including Fort Prince of Wales, Klondike National Historic Sites, Lower Fort Garry, and The Forks National Historic Site in Winnipeg. His artwork has appeared in numerous museum exhibits, such as in Dawson City, Batoche, Kluane and Wood Buffalo national parks, and the Western Canada Aviation Museum. He has also contributed his artwork for numerous publications such as the Dawson and Hind Quarterly, Beaver Magazine, Nature Canada, and a book on Polar Bear Encounters at Churchill. His last position before retirement from Parks Canada was Heritage Presentation Manager for Western Canada. Rob continues his interests in painting, woodcarving and history.

Chasing Nature will be available in the FriesenPress Bookstore soon.