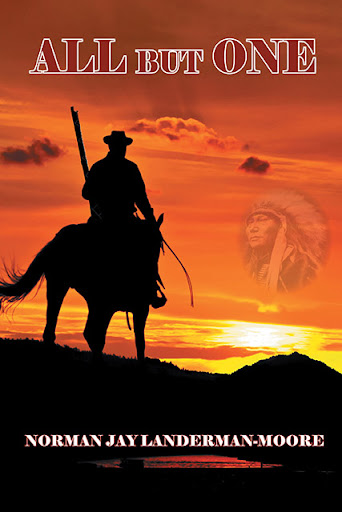 ALL BUT ONE is a 19th Century account of the Putman children of Gonzales, Texas, who were kidnapped by Comanche's, and their father’s relentless search to find and bring them home.

Spanning four decades—the 1820s to 1860s—this dramatic novel, rich in historical detail, begins with Mitchell Putman—who fought in the War of 1812 and Indian Creek War—before migrating from South Carolina to Mexican Texas. Like thousands of Americans, lured by the promise of cheap land by the Mexican government, hopes were high. However, things turn bloody with battles erupting between newly arrived white settlers, Mexicans, and Native Americans. In 1836, under the leadership of General Sam Houston, the Texan Army—including Mitchell Putman—defeat the Mexican Army in the Battle of San Jacinto which established the Texas Republic.

One Bright December day in 1838, while collecting pecans near their home, a band of Comanche warriors abduct four of the Putman children—James, Sarah, Rhoda, and Judith Lucy—and their friend Matilda Lockhart, taking them into a life of trade and slavery. All But One chronicles Mitchell’s attempts to retrieve the children at all costs—even becoming known as ‘White Devil Mitch’ among the Comanche tribe. In the end, providential powers bring the last daughter home.

"All But One is captivating and, in addition, a significant lesson in history written as if Mitchell Putman were talking to us with his southern manner of speaking, making stories and adventures told so authentic and entertaining.

A masterful work! All But One is a rich, memorable, and rewarding reader experience."

Born in 1940, Norman is a descendent of several of America’s earliest families, arriving at Jamestown and the Virginia Colony from England and Scotland in 1607, 1611 and 1620. After service in the United States Marines, and a career in Strategic Planning and Economics, Norman set his efforts to writing. His creative historical novels focus on what really happened, how and where it happened, and who was involved. Such is discovered in All But One and other historical novels, published or soon to be published.

Genealogical and archived fields, ripe with information, firsthand accounts and imagery, retained in libraries and governments vaults, provide rich sources of evidence for writing about ancestors, individuals and true events. Creative and culturally tuned dialogues bring history and people into view, immersing readers in the adventures and trials of lives and nations; events that befall renowned and relatively unknown people engaged in common purposes, be they a friend or enemy.

Norman is related to several noteworthy people including Chief Oconostota of the Cherokee, George Washington, Thomas Jefferson and John Gadsby Chapman, artist of the Baptism of Pocahontas. Norman resides on Fidalgo Island in the San Juan Islands of Washington, United States of America. He has written three novels, several short stories, and episode series titled "Life in the Cabbage Patch" and is presently engaged in research for two additional novels.