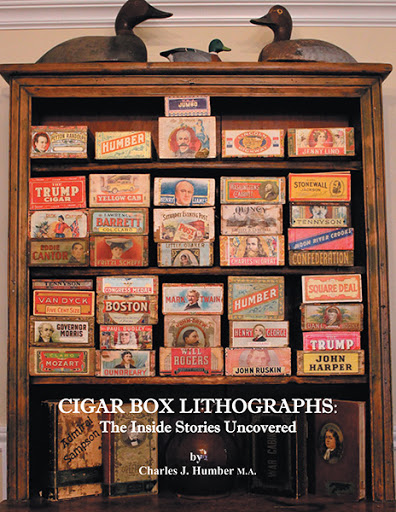 CIGAR BOX LITHOGRAPHS: The Inside Stories Uncovered is a thought-provoking production exposing its readership to more than 160 vintage cigar boxes manufactured during the late 19th and early 20th centuries. Most convey stunning litho- graphs that portray prominent historical figures. Such cigar boxes during the 19th century attracted a massive smoking cliental numbering in the millions.... While puffers more than one hundred years ago likely recognized the prominent personalities peering at them from the inside labels of these wooden cigar boxes, those same headlined names, today, are now essentially erased from memory. Lew Wallace (1827- 1905), portrayed in this stunning portrait label, is virtually a forgotten name today. World-famous during his day, he was not only a Major General during the Civil War but became more famous when he wrote what some consider to be the best-selling novel of the 19th century. His Ben Hur (see page 34), a novel that was turned into a Hollywood blockbuster winning a record eleven Oscars in 1959, was certainly the most read and the best-known book title during the 20th century, that is, until it was superseded by Gone with the Wind in the 1930s. By examining the cartouche to the left of this stunning label portrait, one detects Wallace’s role as a General during the Civil War, especially at the Battle of Shiloh. The cartouche to the right of his portrait details his writing studio in Crawfordsville, Indiana. This is where his most famous novel was written. Cigar boxes from the past often became an educational platform inadvertently recording and preserving history. To this day, this nearly 120-year old collectible cigar container whispers its provocative past, that is, providing one takes time out to lift its lid and peer at the lithographic image waiting to be re-discovered or uncovered.... Peer long enough and the box just might whisper its past to you. 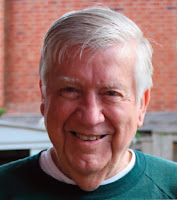 Charles J. Humber was born in St. Lambert, Quebec, July 14, 1936. A graduate of Temple University, B.A. (1962) and The University of Wisconsin, M.A. (1970), Humber also attended The University of Alaska (Fairbanks campus, 1960-61) and studied under H. Northrop Frye at The University of Toronto (1969-1970). Humber and his wife, Gayle Jenkins, a native Californian, are the parents of two daughters, Kristy and Karyn and twin sons, Charlie and Scott. Following a 20-year career as a high school teacher, Humber entered the publishing world when he edited LOYAL SHE REMAINS, a best-seller launched to coincide with the 1984 Ontario Bicentennial celebrations. At the time he was national president of The United Empire Loyalists Association of Canada. In 1986, Mr. Humber co-founded Heirloom Publishing Inc. which produced the nationally acclaimed seven-volume CANADA Heirloom Series. In retirement, Charles Humber has published Family Sleuthing (2006) and Dad's Best Memories (2016), two volumes that trace, among other matters, his family's links to the American Revolution. Cigar Box Lithographs (2018) unquestionably reveals Mr. Humber's passion for collecting antiques and vintage memorabilia. His interest in collecting wooden cigar boxes is showcased in this publication, an extraordinary endeavour that is accentuated with a series of historical lithographs. This ambitious 200-page volume illustrating some 160

vintage cigar boxes, all enhanced by dramatic lithographic images, Cigar Box Lithographs is, in reality, a portrait gallery of various personalities who have inextricably contributed to our rich heritage. Each cigar box is culminated by an ex- tended vignette signifying its historical importance to our rich culture and heritage.